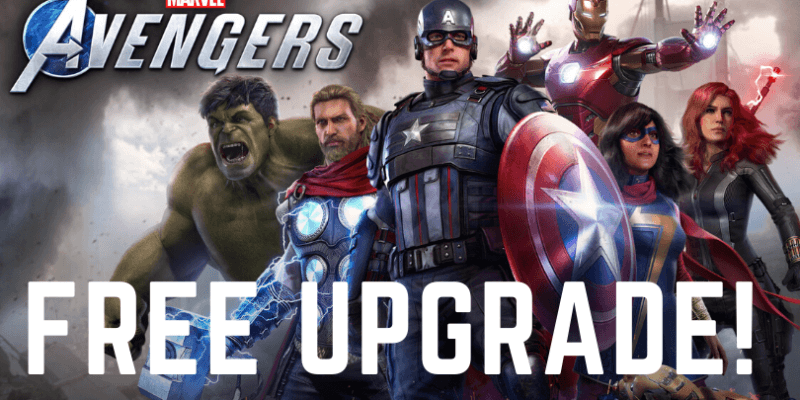 Our readers who are also gamers will be hastily awaiting the launch of the Playstation 5 or Xbox Series X, which are both coming in late 2020.

Like it or not, the next generation of gaming is here. Just as exciting, however, is the launch of Marvel’s Avengers, a game made by Kingdom Hearts creators Square Enix.

Today Sony announced a very exciting proposition for players looking to get the PS5 version of the new Avengers game.

Related: Bored in Self Isolation? Make These Classic Disney Video Games Your Sidequest

Marvel’s Avengers will be a free PS5 upgrade

If you own a PS4 console and were looking to buy Marvel’s Avengers when it launches in September, you’re in luck. Anyone who purchases a Playstation 5 who has already purchased the PS4 version of the game will receive a free upgrade.

This means that the player can expect the massive worlds of Marvel’s Avengers to run with lightning-fast load speeds and enhanced graphics on the new console. It also means that the game will be a launch title for both the Playstation 5 and Xbox Series X.

‘We’re happy to announce that when you purchase Marvel’s Avengers for the PS4 platform, either digitally or on disc, and later upgrade to a PS5, you get the PS5 version of the game with all of its enhancements free of charge!’

Marvel’s Avengers looks to take a healthy amount of inspiration from the Marvel Cinematic Universe, particularly in its portrayals of titular characters like Iron Man and Captain America.

This looks like one entry that is a must for any Marvel-loving gamer.

Publisher Square Enix has proved themselves again and again as the makers of excellent games. We can’t wait to see what they do with the world’s favorite superheroes!

Marvel’s Avengers will release on September 4th on Playstation 4, Xbox One, and PC. Xbox Series X and PS5 gamers will also be able to experience the game towards the end of the year. On the new consoles, Marvel’s Avengers players will experience extremely fast load times and dynamic 4K visuals.

Will you be picking up the new Avengers game on Playstation 4, and will you take the free upgrade for the Playstation 5 version? Or are you interested in the Xbox Series X version? Let us know in the comments below.