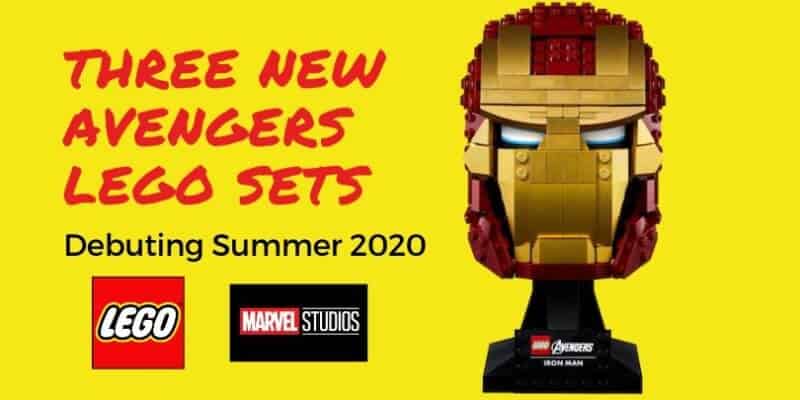 The LEGO website has good news for us LEGO fans! Recently updated in the product listings, three items from the Marvel Avengers LEGO collection now have a release date. Expect to see the Hulkbuster vs. AIM Agents, Avengers Tower Battle, and the 8″ Iron Man Helmet busting from the shelves on June 21, 2020, at a store near you. Many of the expected release dates have shifted, so these releases are great news!

AVENGERS ASSEMBLE! No, literally assemble. Put together any of these three upcoming Avengers LEGO sets. Each of them features Iron Man, the superhero from the first modern Marvel full-length film. If Iron Man isn’t your bag, you can wait for the Avengers, Wrath of Loki set and the massive $120 Avengers Helicarrier later this year. Preview them on Lego.com.

The Hulkbuster is at it again, this time against two A.I.M. agents equipped with weapons and a jet pack! The moveable limbs on Hulkbuster must defeat the bad guys with the help of Iron Man’s Rescue and his turret topper accessory. Grab this set on June 21st, 2020, suited for ages 8+, for just $39.99. Details from LEGO are below:

Plan, Battle and Regroup in this 5-floor Marvel Avengers Tower Battle playset. Suitable for ages 8+, the $89.99 Avengers LEGO set opens wide for 5 floors and 7 rooms full of adventure. Blast a jail, Collapse the balcony, and launch rockets to save the city. 7 Minifigures elaborate the play to include all imaginative ideas. Details below from LEGO:

Ready for a real challenge? Adults will enjoy testing their construction skills against comic-book art with the new Marvel Avengers LEGO Iron Man Helmet. A relatively inexpensive $59.99, the 480 piece set will challenge any builder to create the look of Iron Man. The Helmet offers glowing stickers for eyes and stands on a sturdy nameplate-laden base. Display it is alongside other LEGO models this coming June 21, 2020. More Details from LEGO below:

Which of these Avengers sets are you ready to collect and assemble? Leave us a comment below!