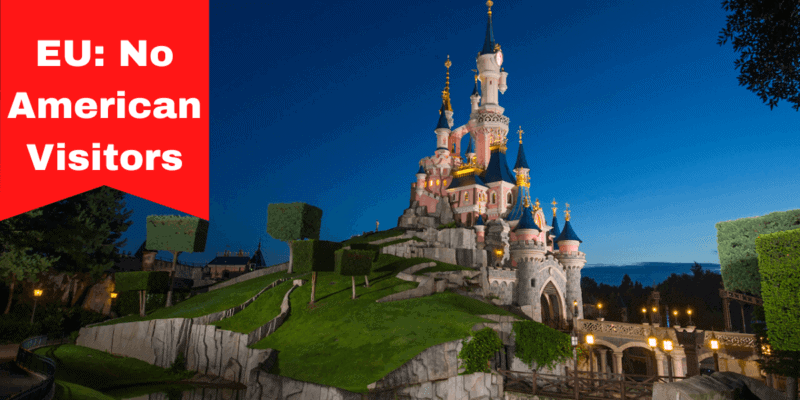 The European Union announced today that it will reopen its borders to some countries, but visitors from the United States will still be left out because of the growing number of infections reported there.

The European Union announced Tuesday that it will reopen its borders to travelers from 14 countries, but most Americans have been refused entry for at least another two weeks due to soaring coronavirus infections in the U.S.

Over 15 Million Americans are estimated to visit Europe each year. Disneyland Paris is still scheduled to begin reopening its gates on July 15, 2020.

While Disneyland Paris prepares to welcome back Guests once again, there appears to be a good chance that American Guests will not be in those reopening numbers. Reports are coming out that the European Union (EU) is considering banning Americans from traveling to its member-nations as the number of coronavirus cases continues to spike.

According to the BBC,

EU ambassadors meet on Wednesday to plan reopening external borders on 1 July, and travellers from the US could be among those not allowed in.

A number of European countries are keen to open up to tourists but others are wary of the continued spread of coronavirus.

The 27-member bloc must first agree the measures that non-EU countries should meet before deciding on a safe list.

The virus is spreading in the US, so it is likely Americans would be barred.

Brazil, Russia and other countries with high infection rates would also be left off a safe list, according to reports from Brussels.

The EU is not yet thought to have agreed how they will assess which countries meet health standards – one of the criteria for entry. Part of the problem is assessing reliable health data, reports say.

The BBC admitted that “the US have a lower rate of cases per 100,000 inhabitants but are still higher than most of Europe” but it still has recorded over 2 million cases and the cases in several states continue to climb.

How an American Ban Would Affect France 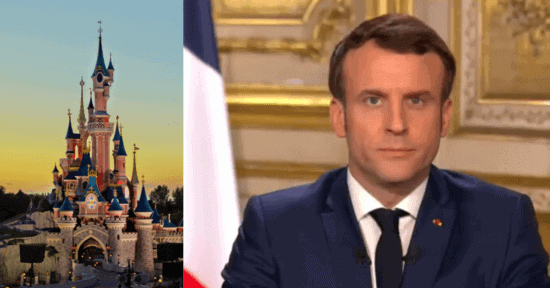 An article on Forbes.com makes it a point to look at France specifically, and how barring American visitors could affect the tourism industry of Disneyland Paris’ host country. “Of the approximately 90 million visits to France each year (pre-pandemic),” Forbes wrote, “nearly 8.1 million visitors are U.S. citizens (arriving for either business or pleasure).”

But it appears that a majority of tourism already comes from the EU itself. 55% according to a study done in 2018.

The EU looks to reopen to visitors on July 1, and, reportedly, has two lists of countries whose citizens will be able to visit. America is currently not on either. This list is reportedly being updated every two weeks, so it is likely that if the U.S. is not immediately added, that they could be added again later.

Disneyland Paris has yet to issue a statement on the matter regarding its would-be American Guests but maintains flexible booking conditions. Click here to learn more about that.

Disneyland Paris is expected to reopen the gates of both Disneyland Park and Walt Disney Studios Park on July 15, 2020.

Related: Disney Vacations Could Be Back on as Virgin Atlantic is Flying Again

Do you have a trip to Disneyland Paris planned? Do you think that the EU will ban American travelers for the time being? Let us know in the comments!