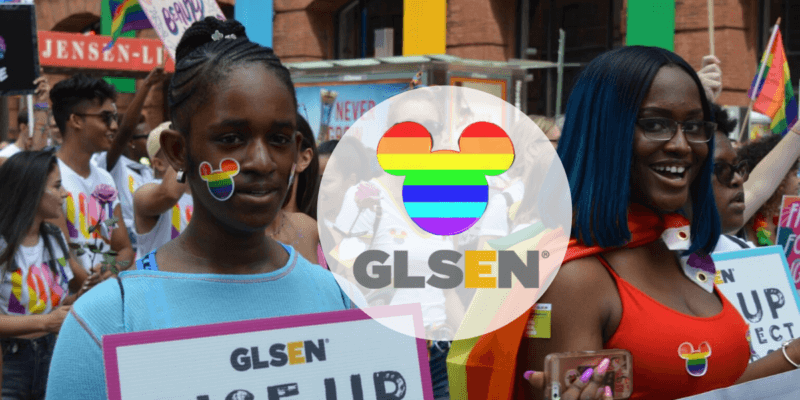 June is Pride month and for Pride 2020 Disney is helping honor and celebrate the LGBTQ+ community by donating $100,000 to GLSEN, a leading education organization working to create safe and inclusive K-12 schools for LGBTQ+ students; according to the Disney Parks Blog.

GLSEN was founded by a group of teachers in 1990. We knew that educators play key roles in creating affirming learning environments for LGBTQ youth. But as well as activating supportive educators, we believe in centering and uplifting student-led movements, which have powered initiatives like the Day of Silence, Ally Week, and more.

GLSEN operates in 30 states across the nation, to ensure that they have access to schools and districts across the country to reach every student. Their goal is to empower students and ensure that LGBTQ students are able to learn and grow in a school environment free from bullying and harassment.

The organization has been around for over 25 years, leading the movement. Their network is more than 1.5 million strong, with students, families, educators, and education advocates working to create safe schools.

Disney is continuing the celebration by sharing their adorable rainbow collection. This new 2020 Rainbow Disney Collection can be found online at shopDisney. The ears are our favorites. SO fun!

Disney is known for embracing diversity and inclusivity with their cast and in their projects. Just recently, Disney’s Pixar announced a new SparkShort film that released on May 22nd, 2020 titled, Out. Pixar’s Out featured its first gay protagonist.

We love Disney’s new Rainbow Collection as much as we love how much Disney is doing for the LGBTQ+ community! Which piece from the collection is your favorite? Let us know in the comments!

Comments Off on Disney Makes Huge Donation to LGBTQ+ Students