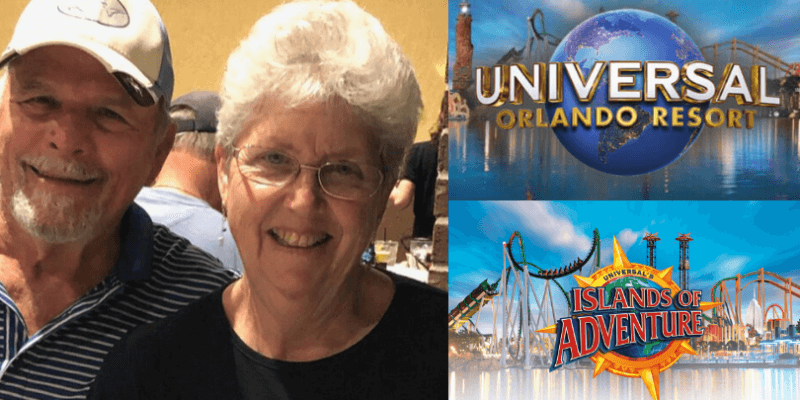 Couples who love theme parks have successful relationships, right? Well that’s how it turned out for John and Gail Anderson, a married couple of nearly two decades who met while working at Universal Orlando Resort.

“I was working for the largest construction company in the world, which built MGM, which is now (Disney’s) Hollywood Studios,” John said to the Daily Sun.

In what could be described as a twist of fate, Gail — who had been a teacher for 20 years — applied for an administrative assistant position in the construction department that was working on building Islands of Adventure. She ended up being interviewed by John’s old boss. After the two were both hired in 1998, they met at work and hit it off as friends.

Eventually, John and Gail had their first date at — you guessed it! — Universal, the resort which has since grown to include Universal Studios, Islands of Adventure, Volcano Bay water park, several resort hotels, and even an upcoming third theme park called Epic Universe. John and Gail were married in 2002 and have been together ever since.

But the Andersons aren’t the only couple brought together by the theme parks.

Recently, we shared the story of two lovebirds who decided to tie the knot in their home. Because they couldn’t have the wedding they hoped for, they decided to get married at home and shared the entire ceremony with their loved ones via live stream. Like the Andersons, this couple met while working at Universal Orlando Resort. And the groom even proposed to the bride at Walt Disney World!

Read the story of Universal employees Daphne and Chris here.

Do you have a story of your own theme park love? Were you and your significant other brought together by the Disney or Universal theme parks? Or have you shared a romantic moment with the love of your life while on a Disney or Universal vacation? Share your stories with us in the comments!