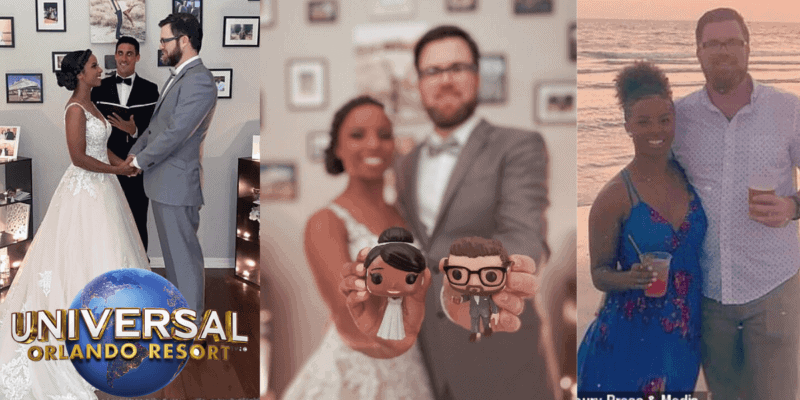 The current state of the world has been challenging for everybody, but it’s particularly heartbreaking for couples that were looking forward to their dream wedding.

Such was the case with Daphne and Chris, two Universal Studios Orlando employees who were planning on getting married in April. 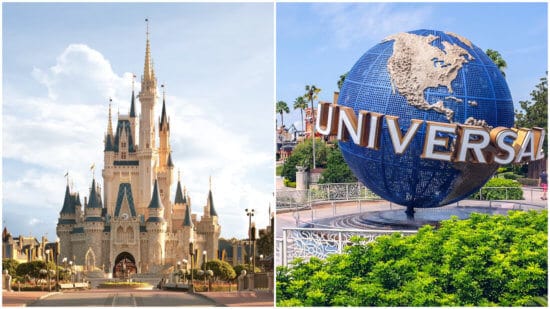 The two met after they performed at Universal’s Halloween Horror Nights at Universal Studios, and Chris soon proposed to Disney fanatic Daphne with an Up themed ring box.

Sadly, distancing and travel restrictions meant that the two were unable to tie the knot on their special day, as family and friends weren’t allowed to visit.

Daphne and Chris Plan to Have a Facebook Live Wedding

Instead of sulking about their situation, Daphne and Chris had an amazing idea. Why not hold a Facebook Livestream of the wedding? It was hardly the dream outdoor wedding they’d planned, but it was still an incredibly special moment.

The ceremony took place a few days before the lockdown was announced, so there were a handful of guests there, but over 250 friends also tuned in to watch the pair tie the knot.

“We just wanted to be married so we racked our brains, and Chris said, “Let’s just do it on Facebook Live.”

Chris and Daphne took the wedding very seriously and even got dressed in separate rooms. Anticipating the lockdown, the pair rushed to pick up Daphne’s princess-inspired dress and a cake from their local grocery store to make sure they had everything they needed.

While Daphne did her own hair and makeup, the couple got some help from an officiant and two friends.

“The marriage is more important to me than the wedding, and it’s rare to get all of our friends in one place, so it was really special … We got our marriage license just before the country started to close down, so we were quite lucky because everything started closing down really rapidly after that.

‘Our friends and family were really supportive of it but we would have loved to have them there.”

The pair still intend to go on their Mexico – Bahamas honeymoon cruise which is planned for September. Our fingers are crossed for them!

Do you know any Disney or Universal fans who were due to be married before all this madness kicked off? Let us know in the comments below.