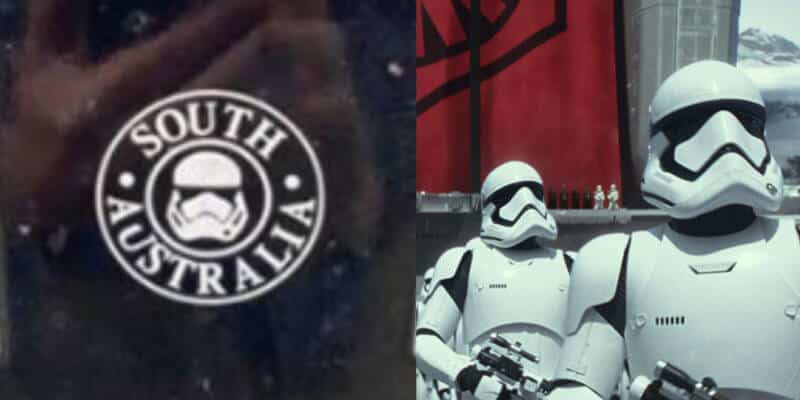 If you’re like us at Inside The Magic, you’re probably a big fan of Star Wars! So much so, you may even celebrate your fandom in your everyday life with themed apparel, accessories, merchandise, and more. However, you may want to reconsider how you spread this fandom going forward as this motorist ended up with a $750 fine after proudly pledging his allegiance to the First Order by sporting a sticker of a Stormtrooper’s helmet on his license plate.

Corey Armstrong, a resident of Adelaide, Australia, told 7 News he was pulled over by police and asked to exit his car on account of the small sticker.

“They noticed the number plate had a small sticker on it with a Storm Trooper helmet on it that replaces the standard piping shrike,” Armstrong said.

For something as simple as small sticker on a license plate, one might think the issue would not hold much severity. However, Armstrong’s police officer took the violation very seriously.

“This [sticker], I was told, was defacing the number plate and I was given a $750 fine and a defect notice.”

As one could imagine, something as simple as a sticker can be easily removed from the back of a license plate, which Armstrong attested to.

According to the Motor Vehicles Act in Australia, it is true that any obstruction of a number plate (license plate) can result in a fine. Given the size of the sticker in the predicament, it could be safe to assume Armstrong was met with quite a bit of frustration.

Like we said above, Inside The Magic is all for celebrating fandom. But, given this story, it may be worth looking into any laws or acts that may prohibit one from outfitting their motorbikes or cars with stickers or other themed decals.

What are your thoughts on this motorist getting a $750 fine for only having a small sticker on his license plate? Let us know in the comments!