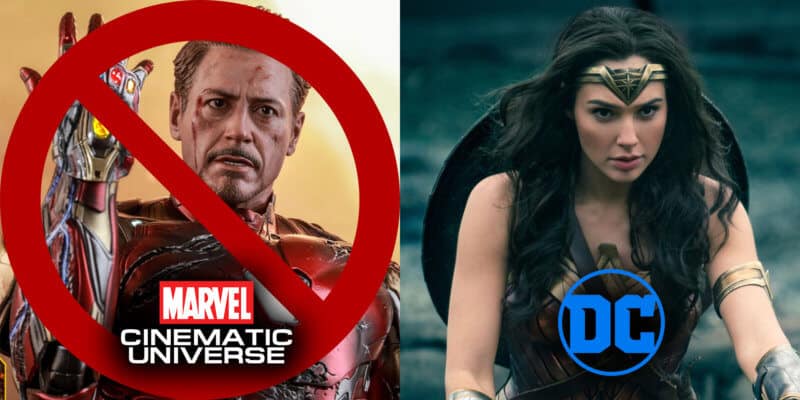 As we all know, Robert Downey Jr. has been the heart of the Marvel Cinematic Universe since its beginning in 2008 as the Iron Man franchise is what set into motion the $22.5 billion-dollar Marvel film series the MCU has become today –and now he’s leaving it all behind for the DC Universe?

That is correct — as Downey has confirmed the news himself in a recent post on his official Instagram. In the post, Downey shared that he and his wife are producing the Netflix original series Sweet Tooth, which is based on the DC comic book by Jeff Lemire.

The sweetest things are worth waiting for…Susan and I are producing a @Netflix original series, Sweet Tooth, based on the comic by @Jefflemire. Can’t wait to share it with you all. ? ? @NXonNetflix @warnerbrostv #SweetTooth

In Downey’s post, he writes: “The sweetest things are worth waiting for…Susan and I are producing a @Netflix original series, Sweet Tooth, based on the comic by @Jefflemire. Can’t wait to share it with you all. ? ? @NXonNetflix@warnerbrostv #SweetTooth”
For those not familiar with Sweet Tooth, the DC comic book series originally ran from 2009 to 2013 and followed the story of a 9-year-old boy named Gus who was a new breed of human/animal hybrid living in a post-apocalyptic world.

However, even though Downey is turning over a new leaf with this DC project it doesn’t mean the possibility of him coming back to the MCU is completely off the table. As we recently reported, at a virtual Avengers: Endgame quarantine party, marking the one-year anniversary of the blockbuster, the Russo brothers and Downey dropped small hints to fans possibly pointing to him returning to the Marvel franchise.

Additionally, there have been many other rumors online pointing to the possibility of Downey putting on the iron suit one more time as some had speculated in March he was in talks to reprise the role.

What are your thoughts on Robert Downey Jr. leaving the Marvel Cinematic Universe and going to the DC Universe? Let us know in the comments!