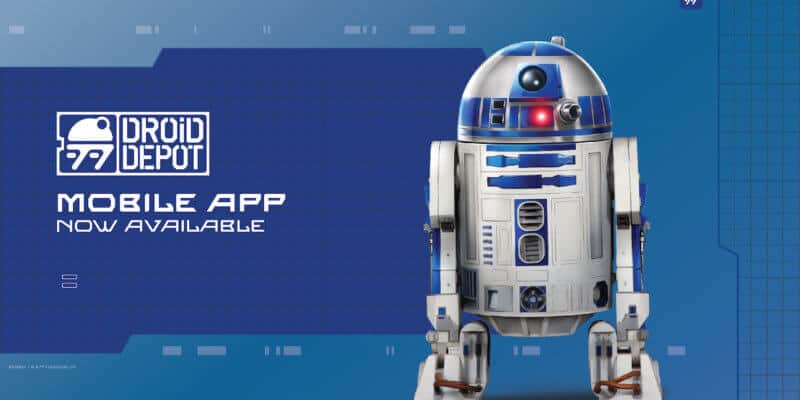 You may not be able to visit the Disney Parks to take in the intergalactic sights of Star Wars: Galaxy’s Edge at the current moment. However, for those of us who have been to these space-themed lands and already have a droid from the parks’ Droid Depot–we’ve found a little extra magic for you to take advantage of at home: a new app that will make your droid dance!

That’s right, beginning today, Disney is releasing the Droid Depot app for IOS and Android devices, which offers up more experiences for your Droid from the Disney Parks–including the ability to choreograph a dance through a series of movements set to tunes from Oga’s Cantina, play games, and design another droid!

The app lets you join the Resistance when you sync up with your Droid Depot astromech unit. Upon making the connection with your phone and the Droid, you’ll be able to customize them by name, see their profiles, and pilot them on a virtual path.

According to CNN, the app offers four unique experiences.

See the app in action with a droid in the video below.

For those of you sitting at home who want to take advantage of this new app but don’t currently have a droid at home, you can purchase a pre-built BB-8 and R2-D2 one on shopDisney for 99.99 each.

Will you be making your droid dance at home with this new app? Let us know in the comments!