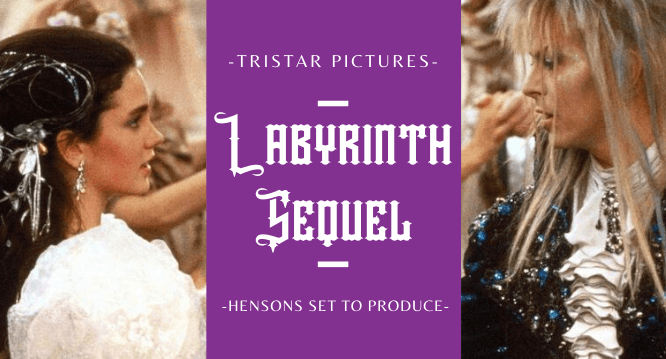 You remind me of the babe! And this power that’s being reported by Deadline is nearly too much for the gates of the Labyrinth itself! Despite many initial looks at a Labyrinth sequel or reboot, it appears that Scott Derrickson, the director that passed on Dr. Strange 2, has found a new fantasy world to explore. Tri-Star Pictures, a division of Sony, has set up Derrickson to direct the much-awaited sequel to Jim Henson’s 1986 cult classic.

The Next Labyrinth Film

Writer Maggie Levin, known for writing and directing Into the Dark, and My Valentine for Hulu, is poised to write a Labyrinth script for Derrickson. The most exciting note about this potential sequel is that the Jim Henson Company will be involved. Lisa Henson and Brian Henson will be Producer and Executive Producer, in that order. Lisa was most recently working on the Netflix original series, The Dark Crystal: Age of Resistance, which recalled all the visual glory of the original movie.

From Deadline, more producers and supervisors are listed as the film charges up its final Crew List. Director Derrickson is executive producing with his frequent collaborator C. Robert Cargill. Blanca Lista, SVP of feature film production for Henson, is shepherding the project for The Jim Henson Company. It is also reported that Caellum Allan and Nicole Brown will pose as joint supervisors on behalf of TriStar Pictures.

This is not the first time a sequel or second Labyrinth movie has been rumored. Swirlings of movie-making rumors surfaced in 2017 with directors Fede Alvarez and writers Nicole Perlman of “Guardians of the Galaxy” and later Jay Basu. These plans never amounted to anything resembling a green light, but pickups of the project have always interested fans.

In fact, fans have been so committed to the Labyrinth culture that large Masquerade Balls are held annually in both Los Angeles and in Atlanta (at the Center for Puppetry Arts, which houses some of the original puppets).  You can visit the Center for either a tour to see the amazing curated exhibits.

The runaway star of Labyrinth was always David Bowie, who passed away in 2016 after an 18-month struggle with cancer. While his film career was limited, two of his roles were tied to the Walt Disney Company. He is best known for the role as Jareth, the Goblin King in Labyrinth,  which was produced by Lucasfilm and directed by Jim Henson. Initially seen as a failure, Labyrinth became a cult classic in the years since it’s 1986 release.

Will you see a new Labyrinth film stocked with Jim Henson Company creatures? Leave us a comment below!