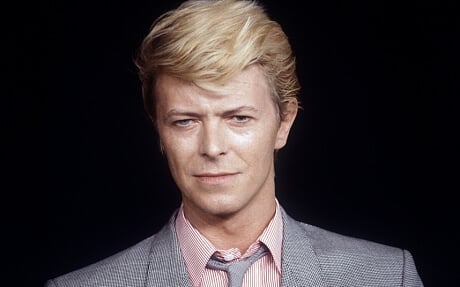 One of the premier rock musicians of 1970 and 1980s, David Bowie, born David Jones has passed away following his 18 month long fight with cancer. The icon transcended his medium, and not only appeared in movies and television, but was an iconoclast in his own right. His persona of Ziggy Stardust remains one of the most recognizable alter egos in pop culture history. He helped define Glam Rock, and became an influence for generations to come. Bowie received his first commercial and critical acclaim in the late 1960s when “Space Oddity” became his first top 5 song. However, it was the release of “The Rise and Fall of Ziggy Stardust and the Spiders of Mars” that began to form his status as an icon. He collaborated with many of the best artists in history, including Queen, Mick Jagger, Arcade Fire, Bing Crosby, and Tina Turner.

His career rarely intersected with Disney with the exception of several occasions. The most recent was the use of his song “Moonage Daydream” in the Marvel film “Guardians of the Galaxy.” The song is played when the group first arrives at the strange location known as “Knowhere,” where they meet the Collector.

Perhaps the most overt reference to Bowie in a Disney film was Michael Sheen’s character in “Tron: Legacy.” Just like Bowie, the character Castor uses an alter ego, Zuse, to remain a mysterious individual to the characters who come looking for him. Michael Sheen has openly admitted that his character was heavily influenced by Bowie’s Stardust character, as well as other Glam Rock figures. While his film career was rather limited, two of his roles were tied to Disney. As an actor, he is best known for his role as the Goblin King in the cult classic “Labyrinth.” The film was produced by Lucasfilm and directed by Jim Henson, technically meaning it is now owned by Disney (though much after the fact). The film was initially seen as a failure, but became a classic in the years since its release. Bowie also starred in “The Prestige,” a Christopher Nolan thriller about two magicians pitted against each other. While the film was produced by Warner Brothers, it was distributed by Buena Vista Pictures and even premiered at the El Capitan theater. In the film, Bowie plays the eccentric but isolated genius Nikola Tesla.

Really, the lack of Disney credits on Bowie’s resume is surprising to say the least. Bowie may have been controversial in the 1970s, but he was also the kind of genius that Disney has often tried to work with. There is little doubt that effort was made by both sides over the years, but it really feels like something amazing could have come from a partnership between the two sides. This may be one of the greatest “What Ifs” in Disney history, and for any fan of his music and work. David Bowie was iconic for a reason, and his talent was undeniable.

Bowie is survived by his his wife, the model Iman, his son, director Duncan Jones (“Warcraft”) and daughter Alexandria. He was 69 years old when he passed.