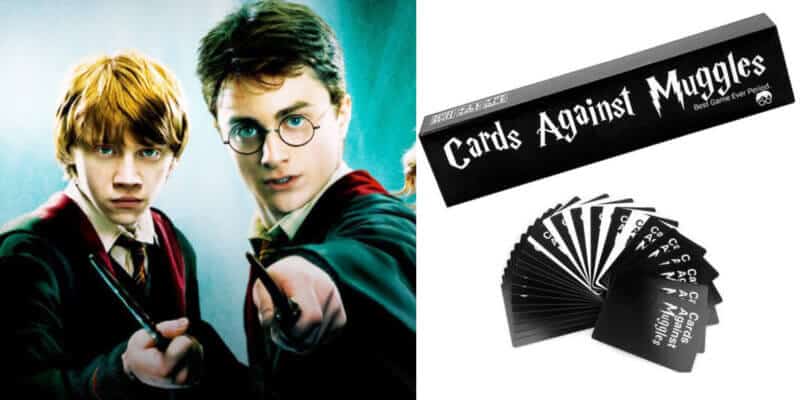 This new unofficial card game is crammed with a bunch of cheeky and risqué humor that certainly isn’t suitable for Hogwarts. However, it’s great for a night in with friends or family.

Similar to traditional Cards Against Humanity games, this game is full of an even number of question and answer cards — and on each round one player must read a question or statement from a black card and everyone must answer with their funniest white card.

According to the game’s official website, a few examples of black cards featured in the game include:

A few white card examples include:

Cards Against Muggles is available for $10 or (£9) on the official website and recommended for players aged 17 and over and requires 4 to 20+ players.

A typical game takes about 90 minutes or less to finish. Of course, this depends on how many times your group stops to laugh. To purchase the game yourself or to take a closer look, be sure to visit the official website.

Will you be purchasing this humorous game to play with your family and friends? Let us know in the comments!