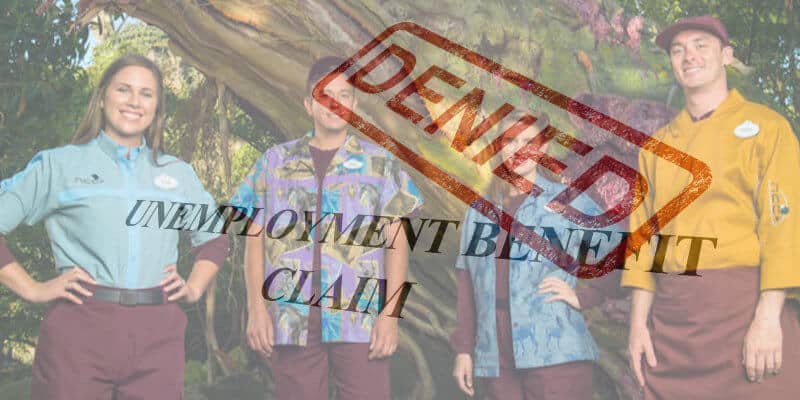 In the wake of the recent pandemic, over 43,000 employees at Central Florida’s Walt Disney World theme parks, resort hotels, and surrounding businesses have been without work since the resort’s closure in March. As these workers go without pay they are also struggling to obtain benefits in the state of Florida even though weeks have passed since the furloughs first occurred in April.

As we shared a few weeks ago, Disney had worked with the governor to auto-enroll their employees into the state of Florida’s unemployment system. However, many Cast Members reported being denied the benefits following the auto-enrollment.

The benefit these Cast Members had been denied for was a reported $275 per week. Since then, many Cast Members and other out of work employees alike have been able to begin receiving this benefit. Although, some are still waiting.

Dan Rey, a server at Walt Disney World for 25-years, told The Guardian he’s helped several co-workers to complete online forms to receive their unemployment benefits but hasn’t received them himself.

In an attempt to access this financial help, Rey called the state’s helpline, which he said took hours to connect with a representative in addition to several other issues he faced while trying to find a solution to his financial troubles. These included dropped calls, the system being down, or the referral to completing work history and completion forms he’s already completed.

“Whatever glitches happening to my application, I can’t get anybody on the phone or email to respond to help,” said Rey, who is now out of savings and struggling to pay his bills.

Carmen Marrero, a Walt Disney World employee in currency operations for over seven years, says she spends every day trying to figure out why her claim for benefits hasn’t been processed and receives little to no help.

“I have to try several times a day to get somebody on the phone, and when I finally do, either their system is down or they can’t help me,” said Marrero.

Sharme Neal, a Walt Disney World sever for seventeen-years, is in a similar situation and doesn’t know what else to do but to save her money.

“I’ve been checking every day,” said Neal. “I’m not going out spending any money. I have to watch everything I spend. I’m not putting any money into the economy.”

Currently, the state of Florida has one of the lowest percentages of unemployment claims receiving benefits in all of the US at only 32%.

Saru Jayaraman, the president of One Fair Wage, recently spoken on the Florida’s poor state benefit system, saying: “Florida has one of the lowest rates in the country of processing unemployment insurance applications, as less than one-third of all applicants have received relief. This is due to the fact that the state unemployment insurance system has been intentionally underfunded and under-resourced based on the rightwing ideology that denying workers benefits when they are out of work will force them to accept very low-wage jobs.”

What are your thoughts on furloughed Walt Disney World employees still fighting for their state aid? Let us know in the comments!