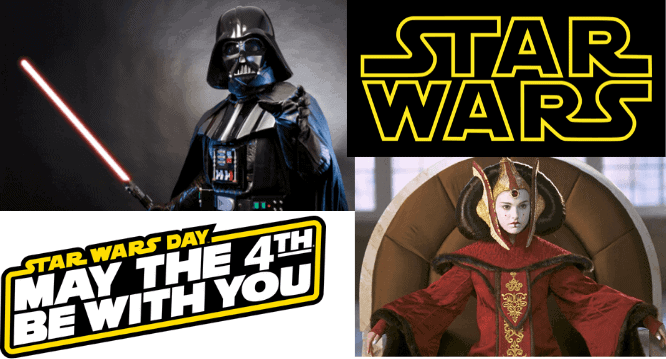 Until May 8th, you can have a free gift on Disney in honor of Star Wars Day.

We hope that the force is with you and that you’re spending Star Wars Day by binging The Mandalorian or revisiting your favorite Star Wars episode on Disney Plus. Maybe you’re even chowing down on one of our amazing Star Wars recipes, building some Star Wars LEGO, or reading some of the many graphic novels.

Disney and Lucasfilm are of course celebrating Star Wars Day, and to say thank you to each Rebel Soldier, Clone Trooper, Jedi Knight, and even Sith Lord, they’re giving away a free Star Wars eBook.

Until May 8th, you can download ‘Queen’s Shadow’ for exactly $0. Thank you Disney and Lucasfilm!

What is the Star Wars: Queen’s Shadow eBook about?

Set between Episode I: The Phantom Menace and Episode II: Attack of the Clones, Queen’s Shadow follows Padmé as she steps down from her identity as Queen Amidala and moves toward her Episode II role as Senator of Naboo.

Long before the days of the Empire, this novel provides an interesting dive into the wider Disney Star Wars universe and is a must for any Star Wars fan. It’s refreshing to not only take the spotlight from the Jedi, The Empire, and The Clone Wars to follow a single character, but it’s also awesome to see a strong female protagonist.

This is something that Lucasfilm has been doing since day one of the Disney acquisition with The Force Awakens, and it’s really cool that author E.K Johnson (known for #1 New York Times bestseller ‘Ahsoka’) has chosen to revisit a well-loved prequel character that isn’t a Jedi Master or a Bounty Hunter.

For you original trilogy purists, this sadly means no Han Solo or Princess Leia, but personally I think it’s super cool that Disney and Lucasfilm are choosing to celebrate Star Wars Day with a beloved prequel character (#prequelsareunderrated).

Plus, you can’t get much better than the mother of the Skywalker Saga, can you? The Empire and the Death Star aren’t Padmé’s fault! Gosh darn it Vader. She left you alone with the dark side for five minutes and you started a whole Star War. Geez.

Where can I get my free Star Wars: Queen’s Shadow eBook?

You can follow this link to Disney Books right here to download your free Star Wars Book. Depending on where you are, you might have to choose a different provider.

The galaxy is a wide place, and exploring the expanded universe of Star Wars is a real treat, no matter what direction Lucasfilm and Disney chooses to go. As for me? I want another LEGO Star Wars game.

I can’t wait for Disney and Lucasfilm to release LEGO Star Wars: The Skywalker Saga, but with the current state of the world, who knows when that will be!

As is, whether you’re in the dark side or the light, a Skywalker or a Starkiller, we at Inside the Magic wish you a very happy May 4th.

Will you be downloading Queen’s Shadow? Do you prefer Rise of Skywalker or The Last Jedi? Like me, are you spending Star Wars Day slugging around in your Star Wars pajamas like Jabba the Hutt? Let us know in the comments below.