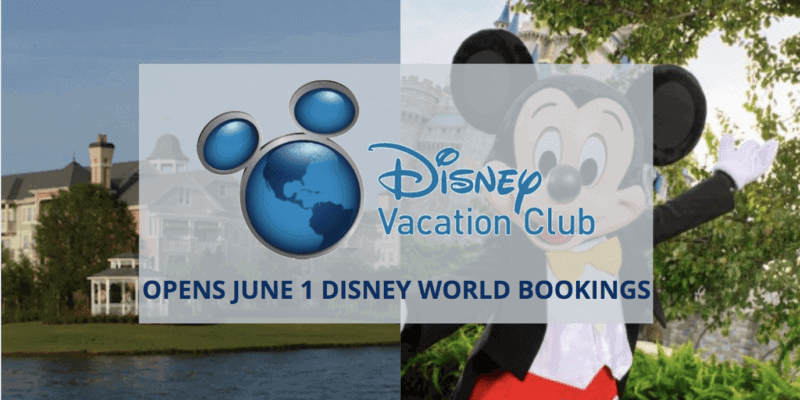 At this time, availability is extremely limited for Florida DVC properties other than Saratoga Springs. There is also limited availability at The Villas at Disney’s Grand Floridian Resort. Screenshots of both WDW resorts’ DVC availability for 2020 can be found below.

Although The Walt Disney Company has not confirmed when Disney World will reopen, the fact that Disney Vacation Club members can now reserve for June 1 and later could an indicator that WDW is close to some sort of reopening. However, Disney has consistently reiterated that availability for June vacations does not mean that they will for sure reopen Disney World in June.

Availability for these two Disney properties extends through October.

If you are a DVC member interested in booking an early summer trip to Walt Disney World, login into your Disney Vacation club online account or contact member services at 1 (800) 800-9800. Remember, with this exciting news, you should anticipate longer than usual hold times when trying to speak to a DVC Cast Member.

What do you think the release of Disney Vacation Club booking at Disney World means for the theme park’s reopening date? Share with us in the comments!

What Do We Know About Disney World’s Reopening?

The Disney CEO confirmed that Shanghai Disneyland will reopen on Monday, May 11.

As per Inside the Magic’s report, Chapek “shared that in terms of the continued plans going forward, one way Shanghai will address this, is through dated tickets. He added this was not to say that this will be the same domestically. Chapek added in terms of guest numbers, 80,000 a day is Shanghai’s average. The government says 30%, 24,000 a day. They will open far below that for training wheel purposes.”