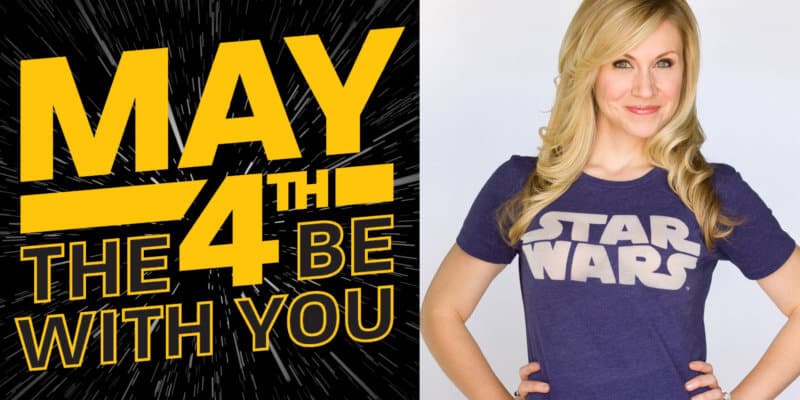 In the wake of the recent pandemic, popular conventions such as Comic Con have been put on hiatus. However, ReedPop, the organizers behind this and many other mega conventions have decided they will not be stopped by this viral virus and will be hosting a virtual Star Wars Convention celebrating the upcoming Star Wars Day.

An Online Revelry: May the 4th Be With You and Revenge of the 5th will be taking place online beginning May the 4th through the 5th and feature a full list of virtual events, including live-tweeting movies and episodes of both Star Wars: The Clone Wars and Star Wars: Rebels and Q&As with Ashley Eckstein and Vanessa Marshall.

The event will also allow fans to take part in trivia quizzes and prize giveaways throughout the entire virtual convention. ReedPop just asks you use the hashtags #Maythe4th and #Revengeofthe5th if you choose to participate.

Guests can tune into these quizzes and giveaways by following the social media accounts owned and operated by ReedPop. These include the New York Comic Con, C2E2, BookCon, Emerald City Comic Con, and Florida SuperCon, on both Twitter and Facebook.

As many can imagine, almost all major themed conventions scheduled for this summer have been canceled in the wake of the current pandemic. However, as of yet, ReedPop has not made any decisions to postpone or alter the upcoming Star Wars Celebration taking place August 27-30.

Conventions we love that have been effected include San Diego Comic Con, which was schedule to take place at the end of July but has since been canceled.

New precautions may be implemented and as the theme parks begin to reopen we may see these conventions coming back in full swing. Although, this is all to be determined in the coming months.

To see even more information about the event, be sure to check out the official website.

Will you be attending this virtual Star Wars Convention? Let us know in the comments!