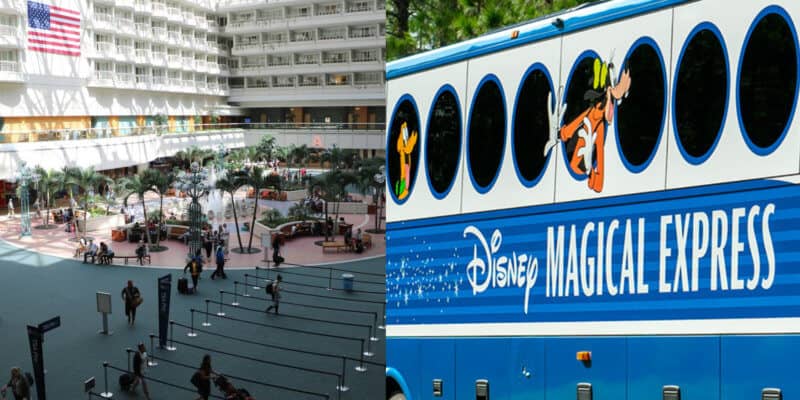 As the pandemic continues to plague Central Florida, causing the temporary closures of both the Walt Disney World and Universal Orlando theme parks, hotels and shopping/entertainment centers, the Orlando Intentional Airport (MCO) is now also taking a major hit–a hit that includes the loss of over 96.6 percent of the travel center’s traffic.

According to a report by Orlando Sentinel, the number of departing passengers on Monday at Orlando International Airport was 2,597, a decrease of over 96% from the same day last year. The numbers come from the airport and are based on Transportation Security Administration screenings.

On Tuesday, the airport had 573 flights scheduled for the day. However, only 373 took flight as 230 were canceled due to the massive decrease in travelers.

Most Disney World travelers know the airport to be the first stop on their trip to the most magical place in the world. Although at this time, with the closure of this magical land and many others, it’s beginning to turn into a ghost town.

Even though the international airport is seeing a dramatic decrease in travelers, it continues to remain fully operational. Additionally, at this time, no Orlando International Airport employees have been cut hours or furloughed.

To put in perspective, the amount of travelers this airport sees on a regular basis, Orlando International Airport was ranked the 10th-busiest airport in the nation just last year. Although, at the current time, it’s a shell of its former self due to stay-at-home mandates and federal social-distancing orders brought on by the pandemic.

At this time, the state of Florida is under a stay-at-home mandate until April 30. Currently, it is not known if this mandate will be expanded beyond this time.

Has the recent pandemic altered your travel plans to Disneyland or Walt Disney World? Let us know in the comments below!