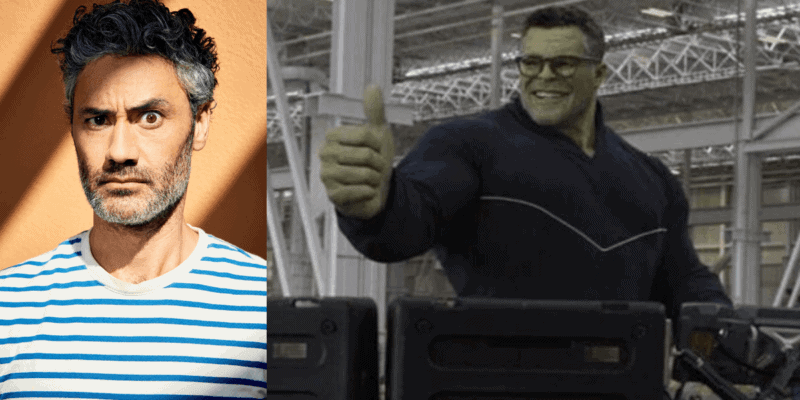 Earlier this week, Mark Ruffalo spoke out about his desire to make standalone Hulk movie for Marvel’s Cinematic Universe. Not only does the American actor deserve the chance to play the role one more time, but a Hulk solo movie — specifically explaining how he becomes Professor Hulk — is now necessary.

Bruce Banner/Hulk’s character development and transition into Professor Hulk is one of the most underrated and unexplained stories in the MCU’s Infinity Saga. Banner goes from his classic Jekyll & Hyde dynamic with Hulk in The Avengers and Avengers: Age of Ultron, to being almost completely Hulk in Thor: Ragnarok, then being almost completely Banner in Avengers: Infinity War, and finally reaching the end of his evolution in Avengers: Endgame.

We are introduced to the new and improved Banner/Hulk hybrid — known in the comics as “Professor Hulk” — in a light-hearted way. While he gorges on diner food, a Hulk-size banner shares his story with a very shocked and confused Scott Lang (Paul Rudd). Actor Mark Ruffalo recounts his events between Infinity War and Endgame as an enlightening spiritual journey or “come to Jesus” moment with a lot of science. While yes, Banner was genuine, it was still comical to see him more relaxed and at peace with himself than ever before.

“Five years ago, we got our asses beat, except it was worse for me. ‘Cuz I lost twice. First Hulk lost, then Banner lost, then we all lost…For years I’ve been treating the Hulk like a disease. Something to get rid of. But then I started looking at him as the cure. Eighteen months in the gamma lab. I put the brains and the brawns together, and now look at me. Best of both worlds.”

But how does he reach that point? What are the details of his transformation and what happens to him along the way?

Marvel fans, we need a movie dedicated to Banner’s enlightening transformation. And Taika Waititi needs to be the director. Here are my two main reasons why.

1. Waititi Introduced Us to Funny Banner/Hulk

When you think of Bruce Banner/The Hulk, you don’t think of comedy. You think of a serious, somber character cursed and abandoned. Taika Waititi changed that. Not only did he arguably save the Thor franchise, but he gave us a side of Hulk moviegoers have not seen. A funny Hulk, and a funny Bruce Banner. And the character was changed for the rest of the Saga. We got the funny Banner/Hulk in Infinity War when Banner struggled with his own kind of impotence and the hybrid professor hulk in the end.

But Banner/Hulk’s final journey will have some very dark moments, and we would need just as much–if not more–comic relief as Ragnarok. And Waititi has proven to be a master of such comedy as he had fans watch Thor lose his father, his hammer, and his entire world laughing along the way.

This Hulk Movie could be a hilarious yet serious psychedelic journey of the mind with heart-aching banter back and forth between Hulk and Banner. We will learn how he comes to forgive himself for losing against Thanos and accept the Hulk as a part of himself. It is the perfect story of Waititi to tell.

Banner/Hulk’s story in the MCU began with him on the run and attempting to gain control over his situation, attempting to isolate himself. Now we need to see the chapter of his story where he once again went into self-isolation to understand his situation. Only this time, it ends with him transformed forever into Professor Hulk. It is a new story for Marvel to tell, and like every hero’s journey, we go back to where his story began to complete his quest: Back to the gamma lab.

Another Hulk standalone flick would do also proper justice for Mark Ruffalo and his fans. While he did not star in Banner’s MCU standalone film, Ruffalo has carried the role in every MCU movie since. But that means, almost even-more importantly, Ruffalo’s film would be the final piece needed to effectively retcon Edward Norton’s Incredible Hulk movie.

What happened to him after Infinity War?

The origin of the Hulk has been told enough times already. Everybody knows about the Gamma Radiation and The Avengers’ synopsis retells all that is needed. What has not been told is what happens to Bruce Banner and the Hulk in “the in-between.” We see Tony Stark struggle with PTSD after the Battle of New York in Iron Man 3, we see Captain America and Black Widow also deal with the battle’s aftermath in Captain America: The Winter Soldier. Even Thor: The Dark World gives us a look at the in-between.

Now it’s Banner/Hulk’s turn, and what more interesting a story to tell than how he became the hybrid known in the comics as “Professor Hulk?” How did he reconcile with the Hulk after they both lose tragically in Avengers: Infinity War? It’s time for us to find out.

“We’ve never really followed him into his life. He’s always kind of off on the side. He’s like the Rosencrantz and Guildenstern of the Avengers. It’d be interesting to fill in all the blanks about what happened to him in between all these movies.” —Mark Ruffalo.