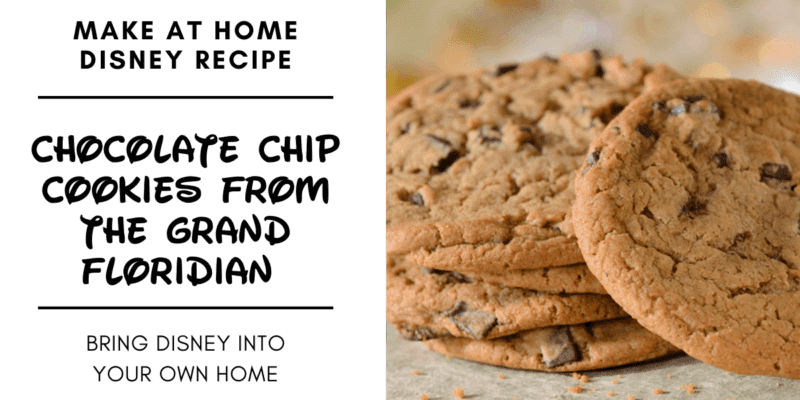 If you’ve ever been inside Disney’s elegant Grand Floridian Resort & Spa while visiting Walt Disney World Resort, there is a good chance you’ve tasted their delicious homemade chocolate chip cookies. What you may not have known is that those cookies are made from a special recipe only served at the Grand Floridian. At least, until now.

In preparation for National Cookie Day (May 15, 2020), Disney’s Grand Floridian Resort & Spa has released its beloved secret cookie recipe for you to make at home.

There is no doubt that they released the recipe so far ahead of national cookie day so you can practice the recipe and have it just right by May 15.

The release of this recipe is just the latest way Disney has attempted to bring the magic to all of its fans stuck at home. From the Disney Magic Moments campaign to the star-studded singalong that aired on ABC, Disney has pulled out all the stops to keep the magic alive until the parks and movie theaters can reopen once again.

Have you ever had the chocolate chip cookies at Disney’s Grand Floridian Resort & Spa? What has been your favorite Disney recipe released so far? Let us know in the comments!