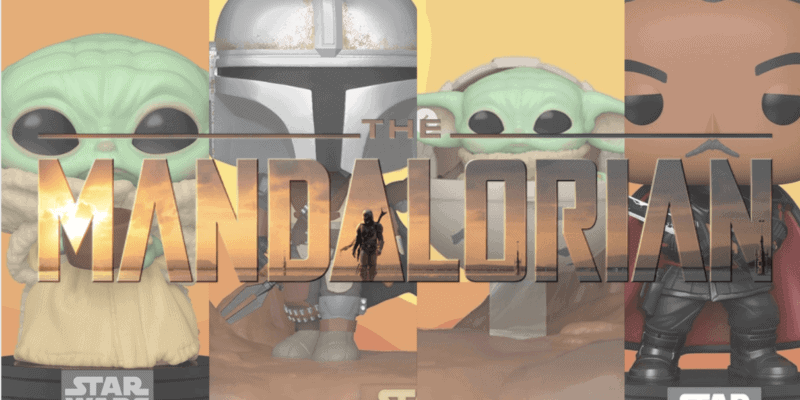 Just in time for May the 4th, BoxLunch has announced pre-orders for four new The Mandalorian Funko POP! figures!

Box Lunch made the announcement on their Instagram page, with a picture of each new Funko Pop. The collection features three Baby Yoda vinyl figures, which are sure to be especially popular. In other words, get your pre-order in now!

NEW: The Mandalorian @originalfunko Pop!s available for pre-sale ? Use the Force (swipe right) to see the styles!

The first figure featured in the Instagram slideshow showcases Baby Yoda eating one of his favorite frog snacks.

If you’d rather not look at a half eaten frog on your Funko shelf every day (we get it), you might prefer the second Baby Yoda style, in which The Child is holding his now-famous cup of broth.

Moff Gideon (Giancarlo Esposito) is the third Mandalorian figure in this new Funko series. In this vinyl Star Wars collectible, Gideon is shown holding the Darksaber, which he first wielded in the Season 1 finale of The Mandalorian.

The final Funko POP in this new collection of Mandalorian vinyl figurines is done in a style similar to the Funko Movie Moments. It features both the Mandalorian, Din Djarin, and The Child in his adorable floating pod stroller.

All of these new Mandalorian Funko Pops are available for pre-order from BoxLunch.com.

If you want to add to your collection of Mandalorian merchandise before the Disney+ Star Wars series returns for Season 2 in October, there are plenty of products you can order online right now.

These upcoming The Mandalorian LEGO sets will include the Razor Crest and two Brick ‘H’EADZ figures (The Mandalorian and The Child). There is also an AT-ST LEGO set available for purchase.

Pre-orders are also currently open for several new Baby Yoda themed purses and backpacks that will ship before the show’s Season 2 debut.