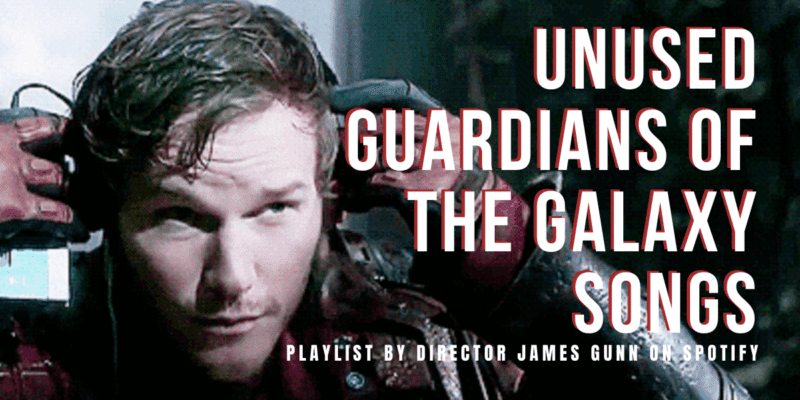 Part of the master list of Meredith Quill’s favorite songs I considered for the soundtracks of Guardians of the Galaxy Vol’s 1 & 2. I’m not promising I won’t use these in future films, but we could all use some joyousness during our time in quarantine. ❤️ https://t.co/ofiKPXqGN4

The Unused Songs from Guardians of the Galaxy

If you love Meredith Quill’s last gifts to her son, you’ll love the news James Gunn had for us, too. Our ears are in for a treat with an expanded list of options for a dance battle. Pop in your modern earbuds or vintage spongey headphones for a groovin’ time ahead! James Gunn has cooked up a Spotify playlist of over 60 classic songs that Mrs. Quill loved and wasn’t shared in either of the first two movies.

Is this just a preview of AWESOME MIX Vol 3? We’re sure hoping so. James Gunn isn’t guaranteeing anything, so start brushing up on your lyrics and air guitar moves. You may be called to use them in the next film.

In James Gunn’s personally curated mixtape, you’ll find gems from Hall & Oates, Three Dog Night, David Bowie and Barry White. Elton John and Sweet. It’s just short of four hours for you to enjoy right from your listening device. Simply visit this link on Spotify or search for “Meredith Quill’s Complete Awesome Mix!” Mama certainly had some groovy style which she passed right along to Peter, and we’re thankful for it!  If you’re up for music on the go, this is the perfect jam session for piloting the Milano around the block or working on your slow-and-still skills until you are completely invisible.

Need to boogie? We’ve got a fan-favorite Disney Zumba Playlist for you to stretch your legs. Or if you’re missing the Disney Parks, perhaps this uplifting playlist of your favorite classic Disney tunes is more what you need right now. Do the giggles have you by the toe? This laughable playlist of silly songs from Disney’s archive is a great way to crack a smile and laugh with your friends or family.

What’s your favorite song from the Awesome Mix volumes? Leave us a comment below!