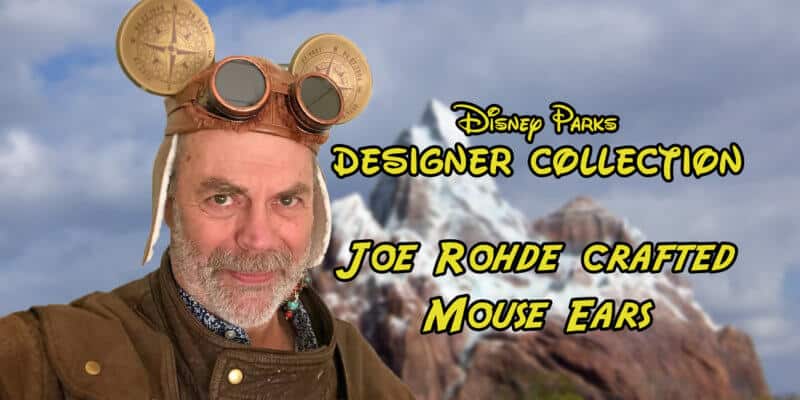 Break out that compass and map and get ready for adventure — NEW Joe Rohde crafted Mouse Ears arrive on April 22, 2020!  The goggle clad cap aviator style cap marks a pair of Rhode imagineering anniversaries, too!

Imitation fur lines the Goofy-ear-like straps and darkened googles. A pair of gold-tone iconic Mickey Mouse shaped ears rest atop the faux designer leather cap.  Each ear bears its own unique compass design along with some very special dates. 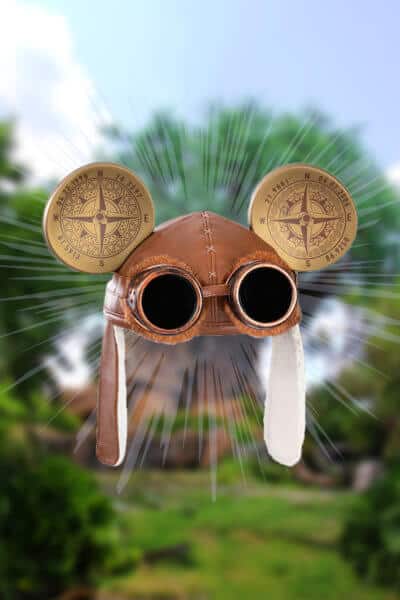 Joining the ranks of designers and artists like John Coulter (Minnie Mouse ear headband) and Betsey Johnson (”The Little Mermaid” mouse ears), a new and exciting addition to the designer collection arrives on April 22nd!

Crafted by Disney Legend and adventurous imagineer Joe Rohde, these sporty ears are ready for flight in the Disney Parks Designer Ears collection.

Each ear on this wonderful tribute cap contains a special Walt Disney World Resort date. On the left ear, 04.07.2006 partially surrounds an ornate compass design.  Not to be outdone, its gold tone twin right ear bears a similar compass and the date stamp: 04.22.1998. Each of the dates represent Joe Rohde’s Disney Parks attractions Imagineering achievements. 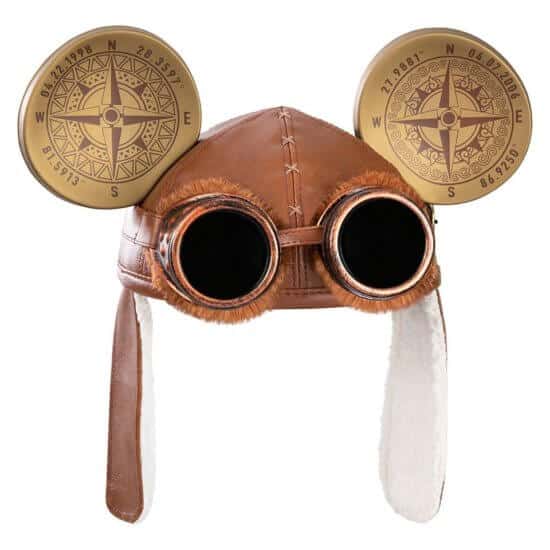 If April 22nd stands out as a familiar date to thrill seekers, it might have to do with a certain mountain peek rumored to be home to a giant (disco?) Yeti.  Roller coaster fans should recall this as the opening date to the Disney Animal Kingdom attraction known as Expedition Everest. 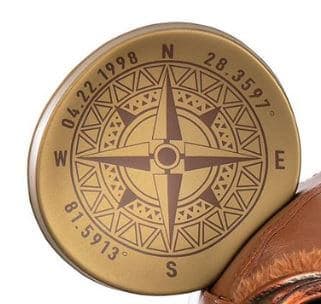 Speaking of Animal Kingdom, that date on the right, it’s the opening day of Walt Disney World’s fourth, “not-a-zoo,” theme park of the same name. 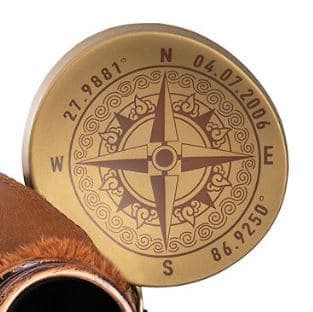 KUNGALOOSH? These ears could easily be at home on board the Gypsy Moth (once flown by infamous adventurer “Handsome” Hathaway Brown). Thus, this newest entry in the collection could easily also be an inspired design tip of the hat to another, long gone, Rohde designed delight: The Adventurers Club! 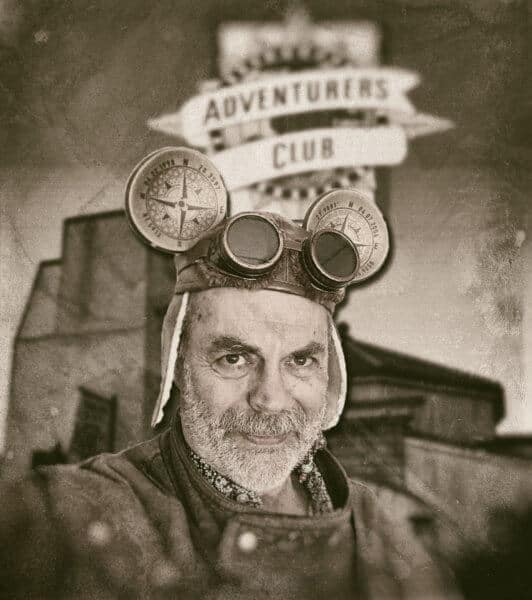 While the new mouse ears appeared on the Oh My Disney Facebook page a day prior to release, Joe took to Instagram to show off his hat treasure.  His hipster Mickey ear hat enjoyed a splash of additional, traditional Rohde earring style: 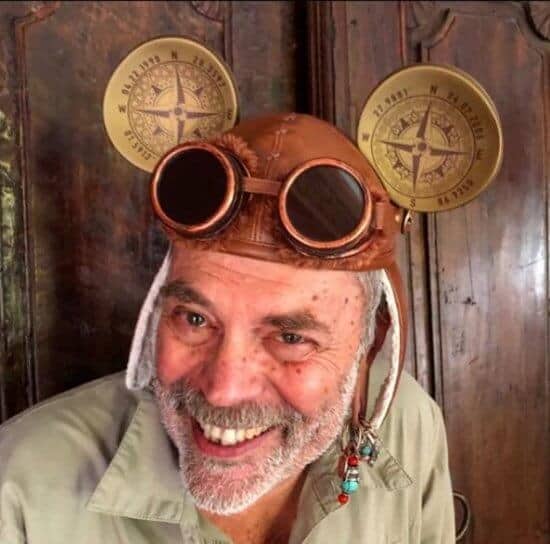 Hats are always a fashionable accent to a persons dress. This one is part of the #disneyparksdesignercollection….Adventurers everywhere will want one. – Joe Rohde via Instagram 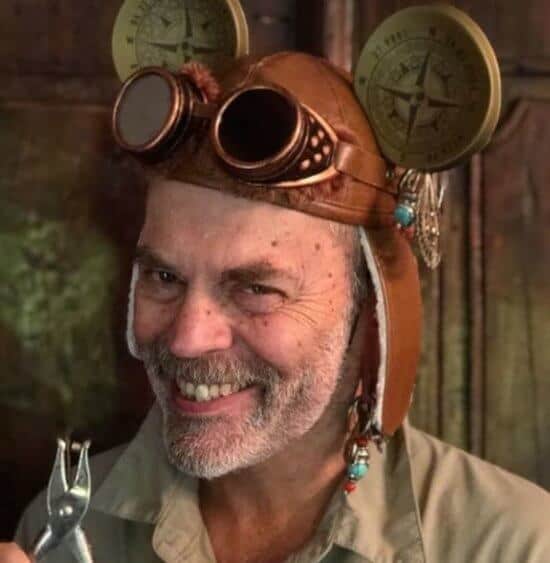 Grab a pair of Joe Rohde designed mouse ears and march along as a true adventurer! Celebrate Disney’s Animal Kingdom theme park’s 22nd anniversary along with the 12th anniversary of Expedition Everest. This new addition to the Disney Designer Collection migrates to the shopDisney website on Wednesday, April 22nd. 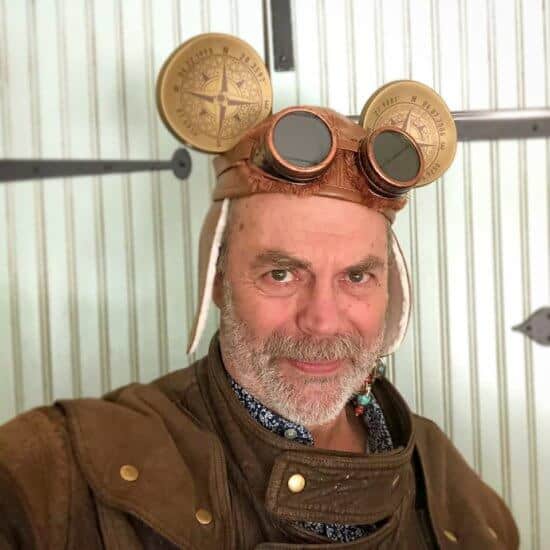 Are going to show your adventurous side and grab a pair of ears designed by Joe Rohde? Share your designer hat photos in the comments. Don’t forget the club salute!