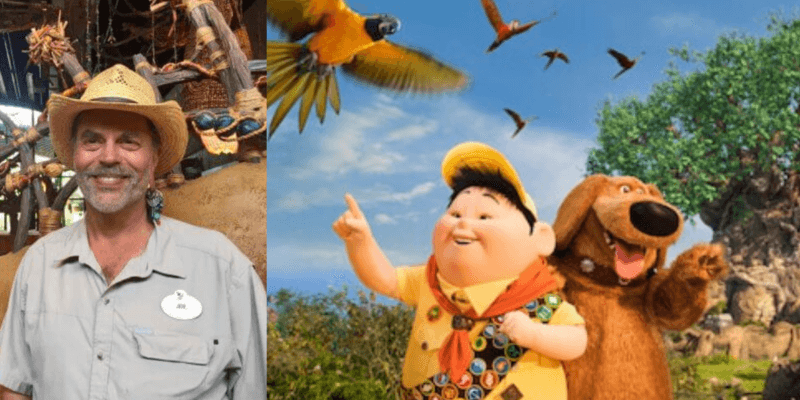 It is Earth Day, 2020, and instead of getting to spend that time getting closer to nature–or better yet, celebrating the Earth at Disney’s Animal Kingdom park at Walt Disney World–we find ourselves stuck at home.

For many, it feels like a separation from life. But Walt Disney Imagineer and Animal Kingdom creator Joe Rohde has a special Earth Day message for everyone stuck at home yearning to get reconnected: No matter where you are, life is all around you.

“No matter how isolated and alone you might feel, you’re not really alone. We are surrounded by life whether you’re in an apartment in New York City, or a back yard in California, something else alive is around you…We share this planet with a bunch of other living things and this is a moment, with all of the quiet around us, to take time to go out, look out a window, wait until you see something else alive and celebrate together.”

That’s it guys. It’s Earth Day. Enjoy it wherever you are. You are not alone. Life is all around you.

An Earth Day Nobody Planned For

It is the 50th Anniversary for the officially-recognized annual “Earth Day,” and most people don’t get to spend it the way they want, not even Joe Rohde. Before the pandemic shut down the Disney Parks, Disney’s Animal Kingdom was getting ready to throw a multi-day party with special Wilderness Explorer activities, special speakers, and a special dining experience at Tiffin’s featuring Rohde himself.

Unfortunately, all of those exciting plans had to be canceled. And the Animals have Disney’s Animal Kingdom to themselves. But the beloved Imagineer took it upon himself to give everybody his own guided tour of the park, instead, on his Instagram. From Kilimanjaro Safaris and the Maharaja Jungle Trek to Dinoland, U.S.A. and Pandora: The World of Avatar, Joe Rohde told the story behind each area, the thought process behind each detail, as well as where they rank among his favorite parts of the park.

In the meantime, we wait patiently for the day the gates reopen and we can explore the wonder of Disney’s Animal Kingdom once again.

Have you had the chance to explore Disney’s Animal Kingdom? Where does it rank among your favorite Disney theme parks? Let us know in the comments!