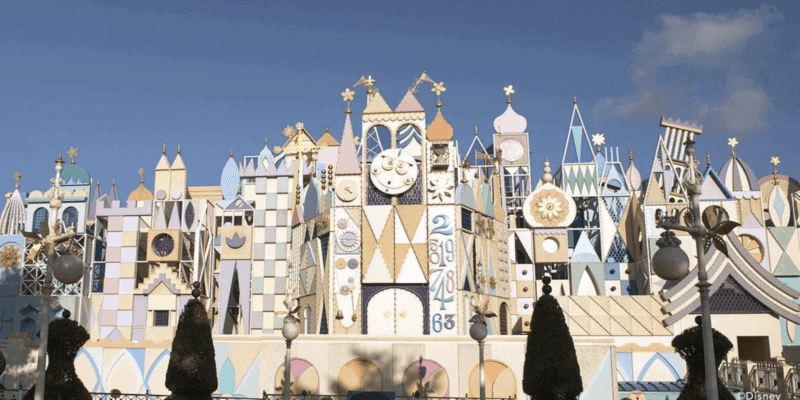 It’s a small world is one of Walt Disney’s most iconic creations. The attraction is at every Disney “castle park” in the world, from Disney World’s Magic Kingdom to Shanghai Disneyland 8,037 miles away!

The It’s a Small World ride truly connects Disney fans from all over the globe. Now, the official Disney Parks Blog is sharing #DisneyMagicMoments to help families keep the magic alive until the world’s six Disney theme parks are fully reopened.

One of the first videos in the Magic Moments series is a virtual boat ride through it’s a small world. The fun ride through (complete with the famous “It’s a Small World After All” theme song!) showcases the various versions of this attraction from Disney Parks around the world.

As you “sail” through the it’s a small world countries, keep your eyes peeled for famous Disney characters! Lilo and Stitch, Moana, Finding Nemo’s Dory and Nemo, Marie from The Aristocats, and others all make special appearances in this Disney Parks video.

What part of It’s a Small World is your favorite? Tell us in the comments!

The Disney Magic Moments website has plenty of other fun activities for families who are quarantined at home right now. To experience the music of EPCOT’s JAMMitors without leaving home, check out this fun video.

There are also several celebrity story time videos for kids of all ages, including tales from John Stamos, Ming-Na Wen (the voice of Mulan), and Paige O’Hara (Princess Belle’s voice actress)!

If you’re looking for a screen-free activity, there are plenty of crafts and Disney animation tutorials available as well. The family-friendly posts from Disney Magic Moments are a great way to stay connected to your loved ones (and to the Disney Parks) during this unprecedented time.

Comments Off on It’s a Small World After All: Take a Virtual Ride Through Disney Parks Around the World!