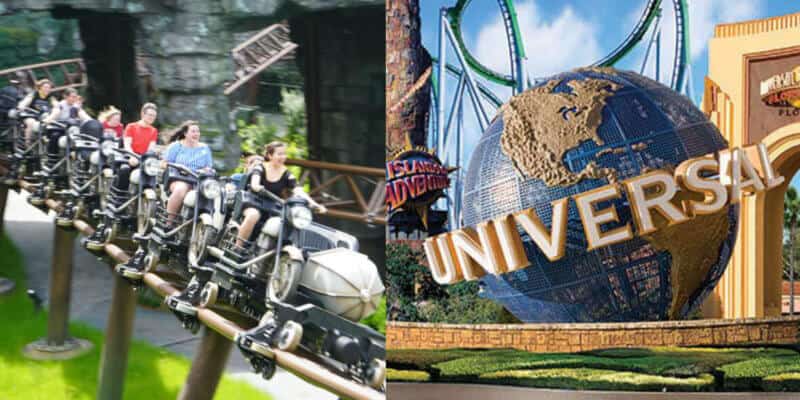 In a new lawsuit, Christopher Smith, a Texas man, claims he hurt his back on Islands of Adventures’ Hagrid’s Magical Creatures Motorbike Adventure at Universal Orlando and is seeking damages of more than $30,000.

In Smith’s suit against Universal Orlando, he says the Harry Potter-themed rollercoaster had been stopped for prolonged technical problems and then lunged forward without warning, violently shaking him–an incident which he says caused him “serious and permanent back injuries.”

“In the middle of the ride, the passenger car came to a halt and stopped for a period of time due to technical difficulties,” the lawsuit said. “Suddenly, and without any warning that the ride was about to resume, the car aggressively lunged forward, causing Plaintiff’s body to be violently and awkwardly thrown about the passenger compartment.”

Smith claims he has since underwent surgery to aid the injuries he’s suffered in his back. However, the lawsuit does not specify what his injuries are. Additionally, his attorneys did not respond to requests for comment by the Orlando Sentinel.

For those not familiar with the wizarding attraction, it’s located in The Wizarding World of Harry Potter – Hogsmeade and features a series of high-speed dips, launches, turns, a 17-foot drop and a series of other fast movements along its over a mile and a half of track.

As we’ve previously reported, Hagrid’s Magical Creatures Motorbike Adventures has experienced temporary delays and technical difficulties in the past. So much so, Universal Orlando had pushed back the daily opening of the attraction till mid-day to keep up with the maintenance necessary to maintain the ride’s operations.

The mid-day opening was also in part due to the massive crowds of park guests who eagerly await riding the attraction each day.