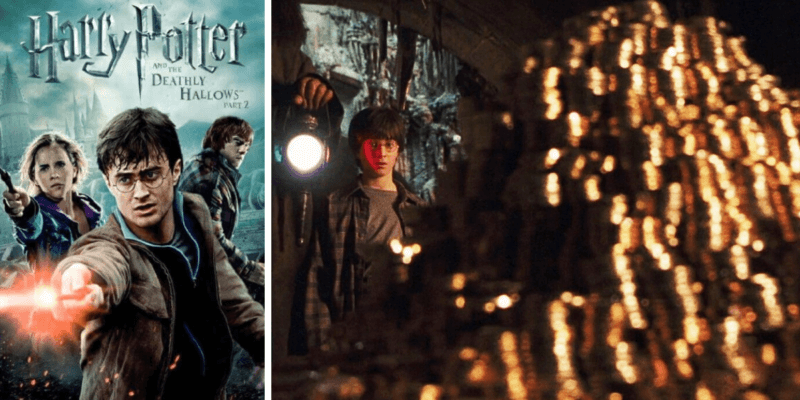 The gig is being offered by a company called EDsmart is looking for five lucky fans to sit and watch all of the Harry Potter Films from Sorcerer’s Stone to Deathly Hallows Part 2, as well as the two Fantastic Beasts films.

Will the real Harry Potter fans please stand up?

Here at EDsmart, we realize that most people could use a little magic right now, and we love Harry Potter.

Most of the Muggle world is struggling with self-isolation and not having a normal routine–like we’re all living in the cupboard under the stairs at 4 Privet Drive, Little Whinging.

We realize that at this time, we can’t all head to Diagon Alley to stock up on goods nor Hogwarts to be with our friends.

So, in light of all that’s going on out there and in our homes, we’ve decided to pay up to five Muggles, Mudbloods and magic folk $1,000 each to watch every Harry Potter and Fantastic Beasts movie–the Ultimate Dream Job.

The right candidate will be chosen by the Sorting Hat.

Even though Potter and his classmates could start their journeys as early as 11 years old, all candidates for this gig must, unfortunately, be over the age of 18 and be allowed to work in the United States. They also require a strong social media presence.

The lucky five that are chosen will be required to constantly share their progress on their preferred social media medium whether that is Tweeting updates or livestreaming. The Chosen Ones will not just receive $1,000, but they will also be given all of the other essentials needed for such a marathon:

In case you were wondering how much that $1,000 translates to normal working hours, EDsmart calculates it will take just over 25 hours to watch all eight Harry Potter and both Fantastic Beasts films. Dividing $1,000 among that shows that the Chosen Ones will be paid at a rate of just over $40/hour!

Potterheads have until May 15 to apply. Click here for full details and to start your dream job application. Wands at the ready and good luck.

Do you think you have what it takes to complete this challenge? How would you spend your $1,000 in Diagon Alley? Let us know in the comments!

* I said “muggle-world” because this is a dream job meant to be done in the muggle world while we count down the days until we can return to Diagon Alley, Hogsmeade, and every other wonderful place in the Wizarding World of Harry Potter.

Comments Off on Dream Job Alert: Get Paid to Binge Watch the “Harry Potter” Movies!