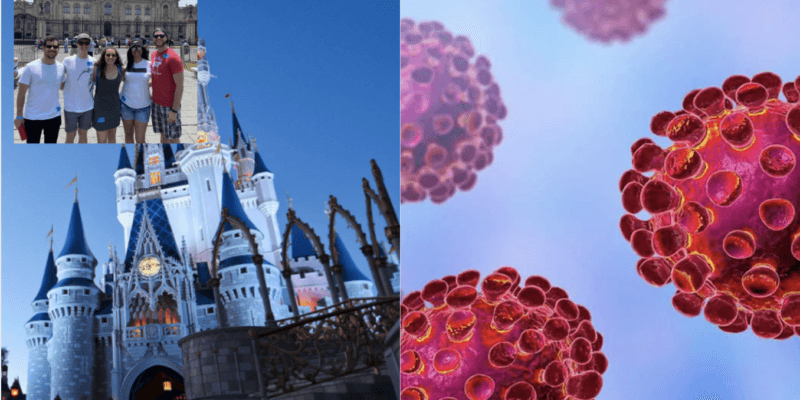 A dream 8-day vacation to Machu Picchu turned into a 22-day ordeal for five Central Florida residents, all of whom are employed at Walt Disney World. They left Orlando MCO airport on March 12 and didn’t arrive home until April 3.

Prior to leaving, the group of Disney workers monitored the spread of the current pandemic — COVID-19 — in South America. There had been few confirmed cases of the virus in any South American nation prior to their departure date, so they decided to go ahead with the trip to the ancient Incan landmark.

One of the travelers in the group, 24-year-old Kacie Brandenburg, told the Orlando Sentinel, “We didn’t expect it [the pandemic] to explode in the manner that it did.”

The Walt Disney Cast Members’ experience intensified when two guests in their hostel began exhibiting symptoms of the COVID-19 virus. When the manager did his duty and notified Peru’s Ministry of Health, the hostel was placed under government-mandated isolation beginning March 23.

The manager informed all guests, including Brandenburg and her friends, that they could be held for anywhere from “28 to 90 days.” During their intense trip, the Disney World workers were forced to remain quarantined in their cramped 3 meter x 5 meter hostel room, with military guards posted outside the door to keep occupants inside.

Rumors abounded that guests of a nearby hostel had been arrested for violating the Peruvian city’s curfew and that people were being sprayed with chlorine on the streets amid the health crisis. Another member of the Orlando group, Patrick Beach, age 27, told the Sentinel,“it was like the oxygen went out of the room. People lost the color in their face. It was very shocking to hear.”

Although the Orlando group said the hostel staff was friendly, Brandenburg stated that food deliveries were not regular. “The food that we were getting”, she stated, “it was like quinoa and broth and bread. One night, everybody just got one little grilled cheese sandwich and some tea.”

Fortunately, all five of the stranded Walt Disney Company workers were able to communicate with family in the United States via FaceTime and WhatsApp. They also contacted their members of Congress, the U.S. Embassy, and various American media outlets.

Eventually, their calls paid-off and the group of WDW employees were able to secure passage back to the United States. They were able to travel from Cusco, Peru’s airport on a medical evacuation flight. Brandenburg said that the ride to the airport was “the most stressful 20 minutes of my life.”

Ultimately, the group of five friends were able to fly from Lima, Peru to Miami, where they were met by their relieved parents. All five employees are now home recovering from their harrowing experience and figuring out their next move since Walt Disney World Resort has furloughed many employees due to the pandemic outbreak.

Furlough at the Disney Parks, though,  was the least of the travelers’ worries at that time. Beach stated, “The best news and the worst news happening at the same time. At that point, getting out of Peru was my biggest concern and I can worry about getting furloughed when I get home.”

Although the group had quite the adventure in Peru, they never did see Machu Picchu. When asked if she intended to return in the near future, Brandenburg stated, “I haven’t really decided yet. For my parents’ sake, I don’t think I could go again in their lifetime.”

The pandemic continues to impact Disney theme parks around the world. From Guests to furloughed Cast Members, everyone has been impacted by this health crisis. The team at Inside the Magic will continue to bring you the latest updates from Disney World, Disneyland, and Disney Parks around the world.