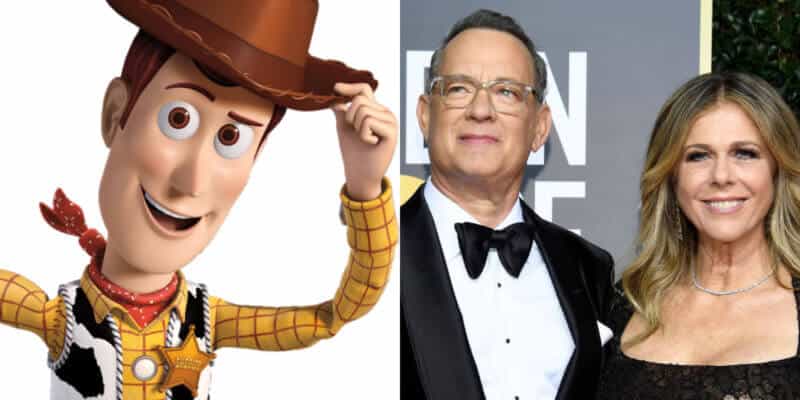 Almost two weeks ago Pixar fans everywhere got heavy hearts when news of “Toy Story” star Tom Hanks and his wife Rita Wilson were diagnosed with Coronavirus. However, last night Hanks revealed they both “feel better.”

Hanks revealed the current status of the famous couple’s health via his personal Twitter account in an image post reading: “Hey, folks. Two weeks after our first symptoms and we feel better. Sheltering in place works like this: You don’t give it to anyone – You don’t get it from anyone. Common sense, no? Going to take a while, but if we take care of each other, help where we can, and give up some comforts…this, too, shall pass. We can figure this out.  Hanx”

The film and TV stars were both in Australia where Hank was filming for an untitled Elvis Presley project when they received their diagnoses, which Hanks confirmed via a social media post. In his original post, Hanks described how he and Wilson both experienced symptoms like feeling “a bit tired”, as if they had colds, and “body aches.” He then describes how he and Rita went to get tested, “as is needed in the world right now,” and the results came back positive for the Coronavirus.

Hello, folks. @ritawilson and I are down here in Australia. We felt a bit tired, like we had colds, and some body aches. Rita had some chills that came and went. Slight fevers too. To play things right, as is needed in the world right now, we were tested for the Coronavirus, and were found to be positive. Well, now. What to do next? The Medical Officials have protocols that must be followed. We Hanks’ will be tested, observed, and isolated for as long as public health and safety requires. Not much more to it than a one-day-at-a-time approach, no? We’ll keep the world posted and updated. Take care of yourselves! Hanx!

After their initial diagnosis on March 12, both Hanks and Wilson received treatment at the hospital before beginning self-isolation at a rented home in Australia. The stars were released from the hospital last Monday.

According to Queensland Health, the government department overseeing the pandemic in their part of Australia, it’s believed that Hanks and Wilson contracted the Coronavirus while in the U.S., or while traveling from North America to Australia.

Hanks is reported to be playing Elvis’ manager Colonel Tom Parker in the biopic Elvis Presley film for Warner Bros.

Similar to many other films shooting across the world, all production has been halted on the movie in the wake of the Coronavirus pandemic. At this time, it is not known when production will resume on the movie given the current state of the pandemic around the world.