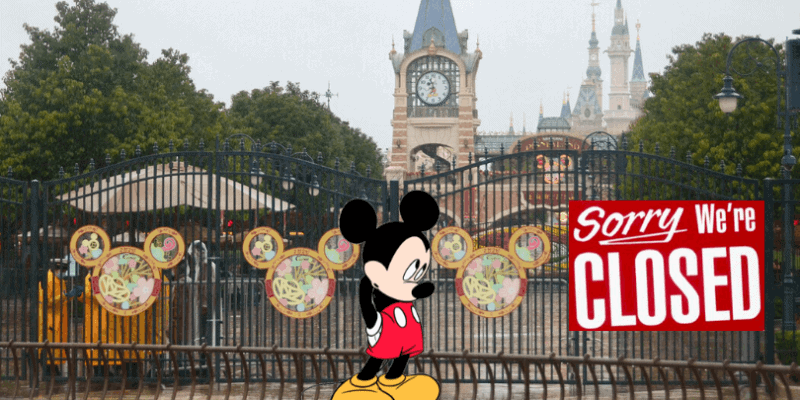 As of last week, all three of Asia’s Disney resorts are closed due to the spread of the coronavirus. And now, some say they look like ghost towns.

Shanghai Disney Resort closed first. It is the closest to the source of the outbreak, Wuhan, China, and is the only Disney Resort in Mainland China. Hong Kong Disneyland soon followed and a section of its property–put aside for later expansion–is being leased by the government to position a quarantine facility. Tokyo Disney Resort was the last to close, at a passive request of Prime Minister Shinzo Abe to every citizen and business in Japan’s capital. It will remain closed through March 16.

All four Disney theme parks in those three resorts have each turned into their own ghost town–Tokyo Disney is the only Asia resort with two parks: Tokyo Disneyland and Tokyo DisneySea— and we have pictures to prove it.

Status of the other Disney Theme Parks

If another Disney resort would close due to the coronavirus outbreak, Disneyland Paris is the current favorite. The French Government under President Emmanuel Macrón banned the indoor gathering of any group larger than 5,000. The Louvre museum is now closed, and Disney+ canceled its European press event. By all accounts, it seems only a matter of time.

Disneyland Paris has released this statement to guests regarding potential closures:

“Disneyland Paris is open and welcomes its visitors as usual. We’re following the development of the situation in close collaboration with health authorities, whose recommendations we follow. Disneyland Paris applies exemplary sanitation procedures, as well as high hygiene and cleanliness standards. You can check our park hours via this link: alc.cx/b3tn Have a great day.”

The U.S. Disney resorts–the Disneyland Resort in Anaheim, California, and the Walt Disney World Resort in Orlando, Florida–maintain normal operations of their theme parks with no immediate plans of closing. Both Disneyland and Disney World have yet to release a statement on the matter. The last time Walt Disney World closed was in 2019 during Hurricane Dorian. The Florida resort has never closed due to illness.

Do you think any more Disney theme parks will close? Are you still going to visit Disneyland or Walt Disney World during this situation or are you changing your travel plans? When do you think the Asia resorts like Shanghai or Hong Kong will reopen? Let us know in the comments!