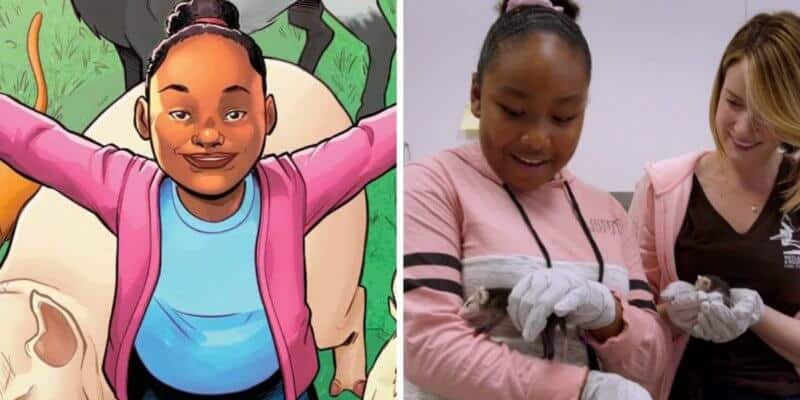 The original Disney+ series, Marvel’s Hero Project, has helped to make dreams become a reality for various inspiring kids from all around the world who are looking to make a positive change. And their latest superhero? A thirteen year old vegan activist who’s story was told in a recent episode.

Genesis Butler has just become Marvel’s latest superhero in the latest episode of Disney+’s Marvel’s Hero Project. Butler was featured thanks to her work of teaching others about animals as well as giving inspiration to become vegan.

Genelle, Gensis’ mother, also said “Gensis told us from an early age that she was here for a reason. She told us I’m here to help save animals and humans because we’re all connected.”

Butler runs her own nonprofit organization, Genesis for Animals, as well as helps to bring access to plant-based meals to those in hospitals, nursing homes, and prisons.

But she doesn’t stop there — Butler also has been putting a stop to testing on animals and has even banned the dissection of animals in certain classrooms — All before the age of thirteen!

Butler is such an inspiration to Marvel and hopes to become an inspiration to many more around the world after they see her episode of Marvel’s Hero Project. Butler was one of the twenty children chosen to participate in the show and was given a personalized vegan leather jacket as well as the very first copy of her new comic book, which stars her as the superhero.

Marvel has donated $10,000 in Butler’s name to International Fund for Animal Welfare, an animal welfare organization.

“I think it is really cool to be a superhero,” Butler told VegNews. “My favorite part is that other kids will see me speaking up for the animals and be encouraged to do the same and be a hero for the animals, too.”

Marvel’s Hero Project is a Disney+ original which features young and real-life heroes who help to make a difference in their communities. You can stream Genesis’ episode now on Disney’s streaming service. If you are not yet signed up, you can subscribe here.

Have you watched Marvel’s Hero Project? What are your thoughts on the show? Let us know in the comments.