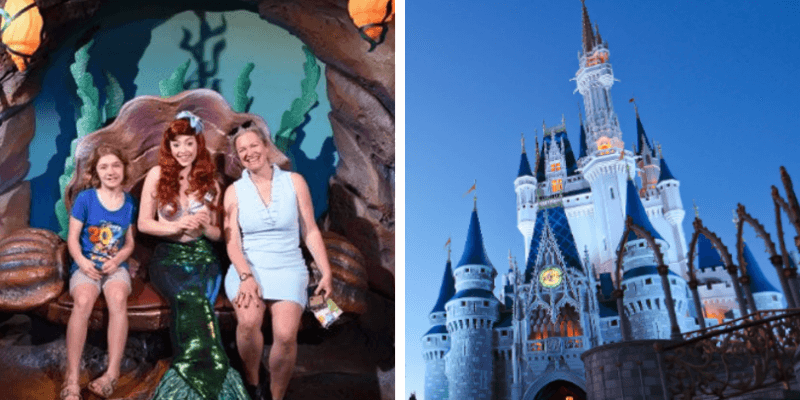 For most of us avid Disniacs, all we can wish for right now is just one more day at Walt Disney World. But for one family, one day in the beloved theme parks is all they could get!

Cheri Wontor and her family from Mequon, Wisconsin, planned a spring trip to Walt Disney World back in January of this year. While fears did begin to mount that the Magic Kingdom and all of the other theme parks would close on them, Wontor and her family insisted on keeping the trip. The reward for their dedication: just one day at the Magic Kingdom.

But it was a day many Disney fans and park guests could only hope for.

“In the morning we went on eight rides before noon,” Wontor told the Milwaukee Journal Sentinel. “Because we got their right at 9 a.m. and there wasn’t any lines.”

Rides like Space Mountain which posted 90-minute waits took less than half the time to get through, but as the day progressed, the crowd level changed.

“It was packed; you’d never know that there was a pandemic,” Wontor said. “It was as fun as anyone could have.”

Little did she know that she and her family were engulfed in a little extra Disney Magic as Annual Passholers, Cast Members and kids in the Disney college program all gathered in the Kingdom for one final day.

Related: Video: Last Showing of “Happily Ever After” Fireworks Before the Shutdown

Monday, March 16, 2020, was spent relaxing in their hotel and a round of minigolf. They began their journey home on Tuesday.

“I would say there was five cars in the parking lot when we left,” Wontor said. “The traffic was very little compared to when the Disney resorts were open.”

The grandmother also made it clear that she was still nervous to travel during that time and was very persistent in keeping a proper level of cleanliness.

“I did take my sanitary wipes and I had a bag of Lysol wipes; I had sanitizer; I had Kleenex,” Wontor said. “Every plane I got on, coming and going, I took the Lysol wipes and wiped the seat and tray tables and our arm rests.” Wontor continued this overprotective practices throughout the park as well, wiping down the safety bars and wearing masks on the rides.

The family has since returned home with no one sick or showing any symptoms.

“There’s nobody that got sick that I’m aware of,” Wontor said. “Of course it could take several days (to show symptoms) but I don’t think so.”

Stories like Cheri’s are reminders to each of us about how special a day at Walt Disney World or any Disney resort can be, and how grateful we should all be for every day we get to spend in our favorite Disney theme park. Because one day could be all you get.

While more than a few guests would be upset about their trip being cut short and so many others screaming for refunds, it warms our hearts to hear a story of a few guests making the most of the time they could get and the amount of Disney Magic they were able to get out of just one day. When the Disney theme parks eventually reopen, we will all undoubtedly look at each day we get in our favorite Disney park with this same level of appreciation for the time and magic we were given.

Happy Thoughts: OpEd: Why I Can’t Wait to Go Back to Walt Disney World