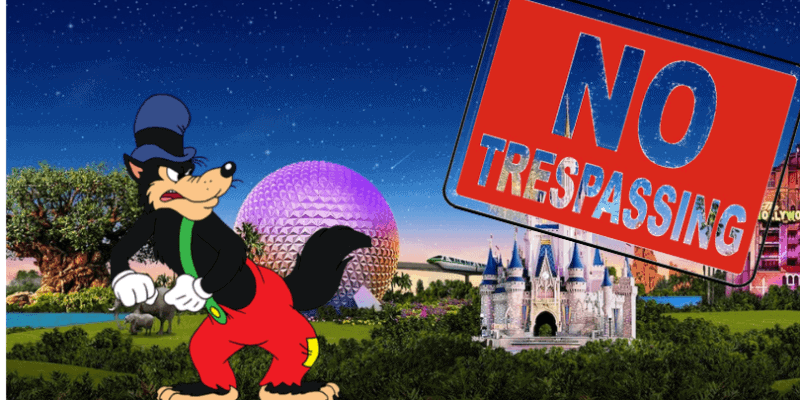 A YouTuber who shares videos of himself and others trespassing backstage and after dark at Disney World and Universal Orlando has had his channel demonetized and garnered media attention. Now, he has created his own website so he can raise funds for himself — without going through a third party.

Matthew St. Cyr has been sharing controversial theme park videos to his YouTube channel for the past couple of years. He has uploaded footage of the backstage areas of Disney attractions as well as people sneaking into Orlando parks after hours, including Universal Orlando Resort’s Volcano Bay Water Park and Disney’s Animal Kingdom.

In the past month, St. Cyr’s channel has been demonetized by YouTube and his Patreon has been deactivated as both platforms have policies against profiting from illegal or immoral activity (in this case, filming in areas where no photo or video is allowed and trespassing on private property). Matthew St. Cyr‘s SubscribeStar account (a website similar to Patreon) has also allegedly blocked him from accepting donations. 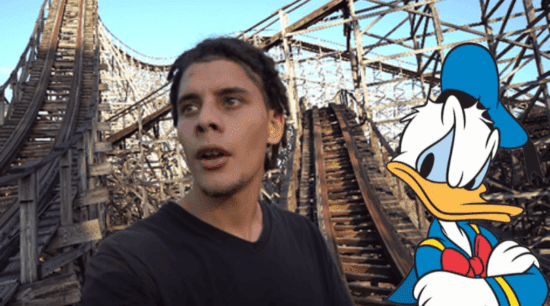 “I was making a living off of YouTube for a whole four-and-a-half days before Orlando’s Channel 6 news decided to contact (Patreon, YouTube and SubscribeStar),” St. Cyr said in a recent video uploaded to his channel, where he says that Disney “blackmailed” him.

He is continuing to upload to his channel, but he has also been using social media promoting his new website. He advertises that people can become “Cast Members” and pay for access to a variety of videos that used to be only available to Patreon subscribers.

Welcome to behind the magic, where we specialize in theme park taboo. Our content features defunct rides, abandoned areas and corners of the parks the general public could only dream of seeing. ALL Cast Members will receive full access to the “Patron Vault.” Any support is greatly appreciated as it goes directly back into creating content and maintaining a healthy upload schedule. We are also accepting any and all backstage content, so feel free to send it in. You will remain 100% anonymous.

Disclaimer: We do not condone the activities featured. Please do not attempt to replicate any activities seen here.

“It cannot get deleted. I’m the owner of it,” St. Cyr said when promoting his new website in reference to his other platforms being demonetized or deactivated.

And even though he says on his website that he does not condone the activities featured in the videos posted, he also provides viewers with the opportunity to submit their own videos of the theme parks. This is presumably with the hopes of getting even more backstage and after hours content of Walt Disney World Resort and Universal Orlando Resort, not unlike the videos that have already been shared to his original YouTube channel.

As we shared before, both Disney and Universal have shared statements regarding St. Cyr’s behavior, calling it reckless and saying he is promoting unsafe acts. Disney shared that once St. Cyr is caught by security, he will be trespassed and prohibited from entering the parks. Though both resorts say they are working with law enforcement, there have not been any recent updates.

Law enforcement is still investigating St. Cyr’s YouTube channel and videos to hopefully gain more information regarding the trespassers and illegal activity shown. We will update our website when we have more information.

We at Inside the Magic want to remind our readers that we do not support St. Cyr’s website or his actions. As Disney fans, theme park lovers, and annual passholders, we’re not supportive of the decision to take and share photos and videos of backstage areas of Disney and Universal, nor do we support trespassing on theme park property, which is incredibly dangerous and illegal.

If you are missing the parks and need a dose of Disney to get your through until your next vacation, we suggest listening to your favorite Disney background loops or some awesome theme park soundscapes. You can even check out channels like ours to watch videos that will bring you back to the Most Magical Place on Earth.