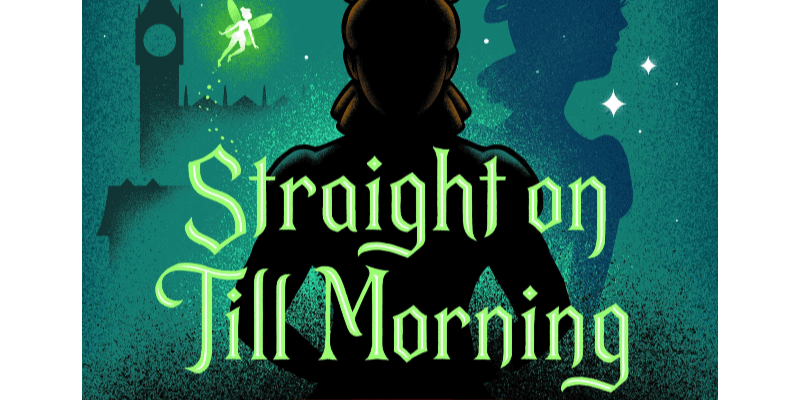 Congratulations to our Sweepstakes winner Rebecca J. and thank you to everyone who entered our giveaway.

Second star to the right, and straight on till morning. But, maybe there’s a different way to get to Neverland?

Disney Book Group has released the latest book from the A Twisted Tale Series, Straight on Till Morning by Liz Braswell, which is a twist on the classic story of Peter Pan and Wendy. Inside The Magic is excited to again partner with Disney Book Group and offer one lucky reader a copy of the new book plus a Tinker bell deluxe print from the Disney store! 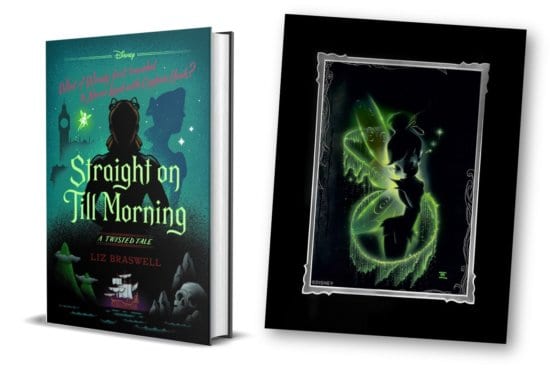 So, what’s this new book about?

Straight on Till Morning gives a new twist to the 1953 Walt Disney Studio Classic film, Peter Pan. While the book includes all our favorite characters including Peter and Wendy from the original movie, Straight on Till Morning takes place four years after the scene in the movie when Peter Pan visits London and loses his shadow. And while John and Michael have outgrown the idea of Peter Pan, Wendy is still quite enamored with the boy who never grew up and wonders when Peter will return for his lost shadow.

Wendy, who is now sixteen, continues to dream and holds on to the childhood hope that Peter‘s magical home, Never Land, truly exists. So, when an opportunity to travel to Never Land by Captain Hook’s pirate ship presents itself, Wendy is excited for her real escape from her doldrum life.

But to Wendy‘s horror, life in Never Land isn’t everything she imagined. When Captain Hook reveals some rather permanent and evil plans for Never Land, it’s up to her and everyone’s favorite fairy, Tinker Bell, to save Peter. 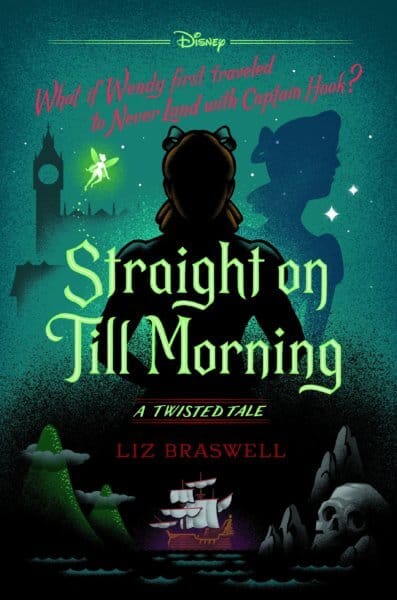 Who would love reading this book?

Straight on Till Morning is targeted for young readers ages 12 – 17. My 12-year-old daughter, who has already read a majority of the books in the A Twisted Tales series, was excited to get her hands on the new book. She loved to watch Peter Pan, the movie as a young child and she was anxious to see what twist was in store for Peter and Wendy plus Tinker Bell, the Lost Boys, and all the other beloved characters from the original film.

Related: 7 Disney books to read before your next vacation

Although Straight on Till Morning didn’t replace her favorite book in the Twisted Tale series, the story was one she enjoyed reading and will recommend to other fans of the series. I personally enjoyed reading the book too and the development of Wendy’s character and the journey she embarks upon.

Other books in the Twisted Tale Series

Do you have a young reader who is outgrowing the traditional children’s stories and fairy tales with a beautiful princess and handsome prince charming and is ready for a different spin on one of Disney’s classic tales? Then, this series is for them. One of the best things about the Twisted Tales series is that the books don’t need to be read in any particular order. Fans can pick and choose which story appeals to them the most and enjoy!

Straight on Till Morning is currently available for $12.77 at both Barnes & Noble and Amazon.

If you’re interested in any other stories from the A Twisted Tale series, they are also available at Barnes & Noble and Amazon.

Liz Braswell spent her childhood reading fairy tales, dreaming, and going on adventures in the woods with her cat. After majoring in Egyptology at Brown University (and yes, she can write your name in hieroglyphs) she promptly spent the next ten years producing video games.

Related: Add these 6 Disney coffee table books to your collection

Finally, Liz caved into fate and wrote Snow and Rx under the name Tracy Lynn, followed by the Nine Lives of Chloe King series under her real name, because by then the assassins hunting her were all dead. She is also the author of Stuffed and several other Twisted Tales, including A Whole New World, Once Upon a Dream, As Old as Time, and Part of Your World.

She lives in Brooklyn with a husband, two children, a cat, a part-time dog and three fish.

Are you ready to travel to Never Land? Disney Book Group is gifting one lucky reader with their very own copy of Straight On Till Morning along with the Tinker Bell print from the Disney store. Make sure to enter and share with your friends and family for even more chances to win.

Giveaway open to U.S. residents only. Don’t forget to also enter our other giveaways here.