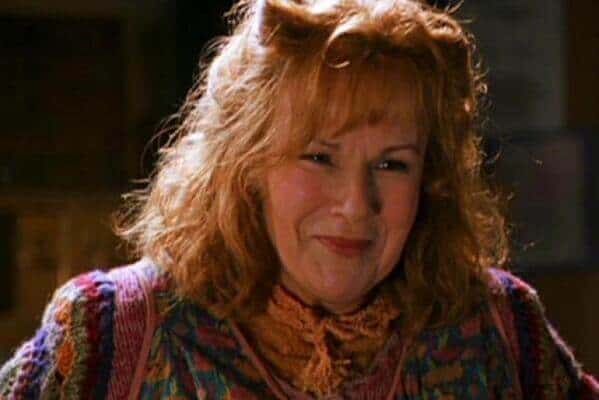 Dame Julie Walters, known better to fans of the Harry Potter series as Molly Weasley has revealed that she was diagnosed with bowel cancer in 2018.

The actress is known for her sensational performance as Mrs. Weasley in most of the Harry Potter films, and in particular, her awesome duel with Bellatrix Lestrange following an attempt on the life of her daughter, Ginny.

Speaking to the BBC, Dame Julie said that she’d been diagnosed with stage three bowel cancer eighteen months ago and that she was found to have two tumors in her large intestine.

She received the news just a few weeks before the premiere of Mamma Mia! Here We Go Again, which she starred in alongside Meryl Streep.

Thankfully, Dame Julie has announced that she’s entered remission, telling the BBC that she’s ‘really well’ before adding ‘I’ve just had a scan, and I know that [I’m] clear’.

As well as missing the premiere of Mamma Mia! Here We Go Again, actress Julie also had to have certain scenes cut from her upcoming project, The Secret Garden, which is due to come out in the U.K in April and stars Colin Firth.

Despite all of this, Dame Julie never lost hope, saying that her doctor told her throughout that ‘we can fix this.’ She also reminisced about the amusing moment where she came around from anaesthetic and felt ‘absolutely marvellous.’

Dame Julie did note that the experience has ‘completely changed’ her perspective on acting and that ‘the person before the operation is different to this person’.

She concluded by saying she wasn’t sure whether The Secret Garden would be her final film;

‘I’m not saying I’ll never act again. But I certainly don’t think I can go back to [a film that requires working] six days a week, five in the morning till seven o’clock at night.’

Whatever she decides to do for the rest of her career, we at Inside the Magic are so pleased to hear that everyone’s favourite Weasley matriarch is recovering from bowel cancer, and we wish her all the best.

What is your favorite Dame Julie Walters moment in Harry Potter, or any movie for that matter? Let us know in the comments below.