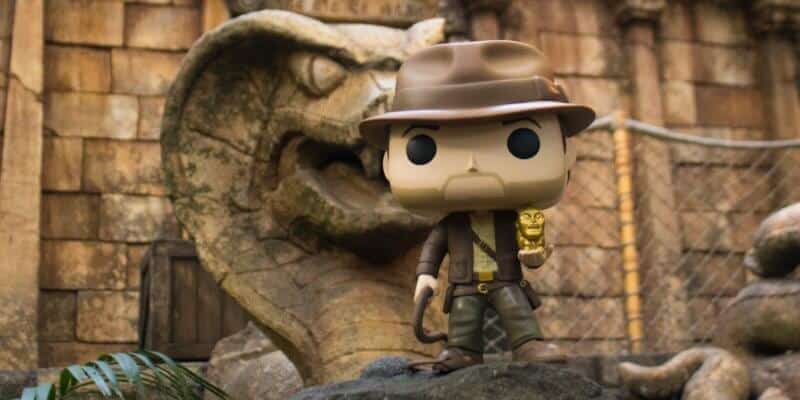 Great news for Disney Parks fans and even better for fans of Indiana Jones as a brand-new Indiana Jones Funko Pop! is arriving at Disneyland and Disney Springs and will be a park-exclusive Pop! figure to celebrate the 25th anniversary of Disneyland’s Indiana Jones Adventure attraction.

At this stage, we know little Indy will be on sale at Disney’s Pin Traders in Disney Springs alongside various locations at the Disneyland Resort on February 29th. Disney was sure to add ‘while supplies last’ to this, we have no doubt that this figure is going to sell out quickly.

Disney has partnered again with Funko for a park’s exclusive vinyl in order to celebrate 25 years of the Epic Indiana Jones Adventure at Disneyland and what a way to celebrate!

The good news is that if you are unable to make it to Disneyland or Walt Disney World on that date, Disney has confirmed that the figure will be hitting shopDisney though, at this stage, there is no confirmed date for the release online.

Here’s the figure again in its natural setting in Disneyland:

Personally, I am a huge Funko Pop! fan and have figures from all of my favorite geeky things in life. Disney Park exclusives are always up there as ones I showcase on my shelves right at the front but I also have other franchises (some owned by Disney) including Star Wars, Marvel and Game of Thrones. It’s still amazing to have so many vinyl figures from Iron Man and Captain America to ones inspired by Disney attractions such as the Matterhorn and my favorite park character, Figment!

Funko really has taken vinyl figures to the next level with their range of Pop! figures and long may it continue. I still want to get my hands on some of the super-limited ones that have previously only been available at San Diego Comic-Con!

If you’re looking to book a trip to Disneyland or Walt Disney World to get your hands on one of these figures, make sure you check out our good friends at Academy Travel for a free, no-obligation quote. The team of Authorized Disney Vacation Planners at Academy Travel can help answer all your questions and plan your trip so you can focus on having a magical Disney vacation without any stress. Click here to contact them and begin planning your family’s first Disney vacation!

Happy birthday, Indiana Jones Adventure! Will you be celebrating by purchasing this Funko pop vinyl? Let us know in the comments below!

Comments Off on Indiana Jones Funko Pop! is Whipping its Way into Disney Parks