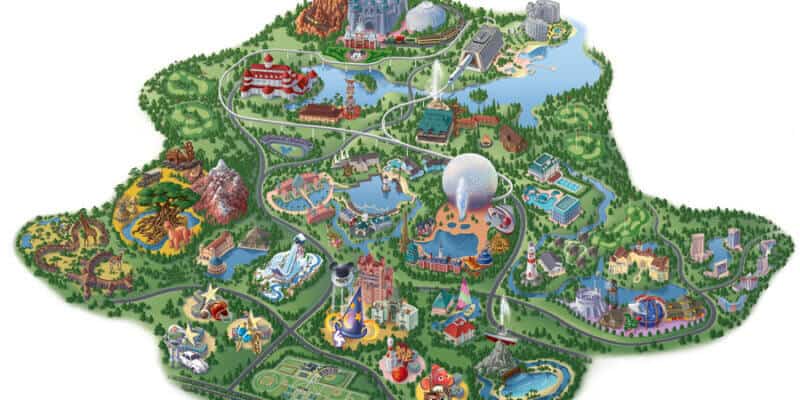 Planning your very first Disney vacation (or your first in a long time) can feel like an insurmountable challenge. If you’re planning a Disney adventure within the United States, the first major decision you’ll have to make is which park you want to visit. If you’re not a regular park-goer, this might come as a surprise! You’re not alone if you think the two parks are essentially replicas of one another, but this couldn’t be further from the truth.

While Disneyland Resort in Anaheim, California, and Walt Disney World in Orlando, Florida are certainly similar in many ways (Mickey waffles, Haunted Mansion, and Peter Pan’s Flight, anyone?), they also have a variety of differences you should be aware of before choosing one park over the other. Here, you’ll discover some of the key issues you should consider when determining which Disney theme park is the right choice for your family.

The number of parks.

Disneyland has two parks: Disneyland Park and Disney California Adventure. This generally makes it the more manageable option for short vacations. Ideally, families would have enough time to spend two days per park, but this doesn’t always happen. Fortunately, each Disneyland Resort park can be done in a day if you plan well and have reasonable expectations of what you’ll get done. The iconic Incredicoaster roller coaster, Galaxy’s Edge Star Wars rides, and other popular attractions often have long waits, so you may have to prioritize your favorites.

WDW‘s four parks are a bigger deal to prep for, both literally and figuratively. Not only do Magic Kingdom, EPCOT, Animal Kingdom, and Hollywood Studio’s take up significantly more land area than Disneyland’s two parks, but they have more ride options and attractions, such as the classic Tower of Terror, Toy Story Land’s Slinky Dog Dash, and Cinderella’s castle. Many of these might be considered “musts” for your travel party. To comfortably visit all four parks without running yourself ragged, you should schedule a minimum of four days in Orlando.
Walt Disney World also has two water parks: Blizzard Beach and Typhoon Lagoon. It’s also not uncommon for families to spend at least one full day enjoying their resort of choice. If you are planning to spend a full week of vacation at a Disney Park, WDW is probably the best option for you due to the sheer magnitude of the location.

There are a number of benefits you’ll enjoy if you stay onsite at any Disney-owned resort. These include free transportation options like Disney’s Magical Express, Extra Magic Hours on specific days, and earlier access to certain reservations. The Anaheim park has three onsite hotels. Disneyland Hotel and the Grand Californian are both equivalent to Walt Disney World’s deluxe resorts.

Disney’s Paradise Pier, priced around $300 a night, is the most affordable onsite option. However, this is still above the budget for many vacationers. Disneyland’s numerous “Good Neighbor” hotels are all located within a mile or two of the park entrance. These are primarily well-known brands and are usually less costly than the trio of onsite accommodations.

Disney World currently has 26 onsite resort hotels, with more in the works, including the nature-themed Reflections resort. Accommodations range from value resorts, which feature All-Star Sports, Movies, and Music themes, to high-end deluxe structures like the Grand Floridian, Animal Kingdom Lodge, the Polynesian, and Disney’s Contemporary Resort. No matter what your budget and wishlist look like, there’s sure to be an onsite Walt Disney World hotel that meets your needs. As a general rule, staying on property in Florida is more important than it is in California.

Since Disneyland is a smaller theme park overall, it generally has a more relaxed feel than Disney World. One of the most noticeable differences is that characters typically have less rigid meet-and-greet schedules, meaning you never know you you’ll run into (or where they will be!) In Florida, characters are usually only available for photos and autographs at certain times each day. This can result in long lines and a less organic experience overall.

Both WDW and Disneyland offer special events throughout the year. After Hours events are now available on both coasts, for example, though the Florida Disney parks have more of these nighttime affairs scheduled on a regular basis. Magic Kingdom and Disney’s Animal Kingdom typically offer After Hours at least twice per month.

On the West Coast, After Hours only occurs a few times per year, but each event has its own unique theme. Sweethearts’ Night takes place in February, for instance. 80’s Night is another popular Disney California After Hours event.
Halloween party events are held on both coasts, but the themes differ. Mickey‘s Not So Scary Halloween Party is Disney World visitors’ chance to meet rare villains, trick-or-treat down Main Street, U.S.A., and enjoy spooky treats. At Disney’s California Adventure, on the other hand, Guests can enjoy the spooktacular Oogie Boogie Bash. This event also features special merchandise and food items and access to rare characters.

As popular as the Halloween parties are, many Disney fans wait all year for a ticket to Mickey’s Very Merry Christmas Party. This event only happens at Magic Kingdom park and passes generally go quickly, so keep your eyes peeled for their on sale date! It’s worth noting that all of the parties featured here require an additional ticket.

Since Walt Disney World’s Downtown Disney area was rebranded as Disney Springs, an ever-increasing number of shopping and dining options have become available to Orlando residents and tourists alike. If you ever visited this outdoor mall before its remodel, you are sure to be pleasantly surprised by the changes that have been made. With additions like The Boathouse, Homecoming, and a bigger and better World of Disney store, it’s easy to spend a whole non-park day at Disney Springs.

Disneyland’s Downtown Disney district has a markedly smaller footprint than Disney Springs. It probably won’t take you more than a couple of hours to walk through. The World of Disney store is very similar to the Disney Springs location and the Disney Home shop always has unique merchandise. While many Disney fans prefer the wide range of shopping and dining options at Disney Springs, some people find it to be overwhelming. If this sounds like you, you may enjoy Anaheim more.

Unique to each coast.

There are certain one-of-a-kind features that might swing you toward one coast or the other depending on your family’s interests. If, for example, you love Pixar and you might not take a Disney vacation again for years to come, Pixar Pier might sway you toward the West Coast. This boardwalk-inspired section of California Adventure is everything a Pixar fan could want. Or, if you want to travel around the world without leaving North America, EPCOT’s World Showcase could put a Florida vacation in your immediate future.

Ultimately, only you can figure out whether Disneyland in Anaheim or Walt Disney World is the best fit for your travel party. Hopefully, the information here has sparked you to start planning a trip that your family will cherish for a lifetime! Remember, additional resources are available on Disney’s official theme park websites.

Comments Off on Disneyland vs. Disney World: Which Should I Choose?