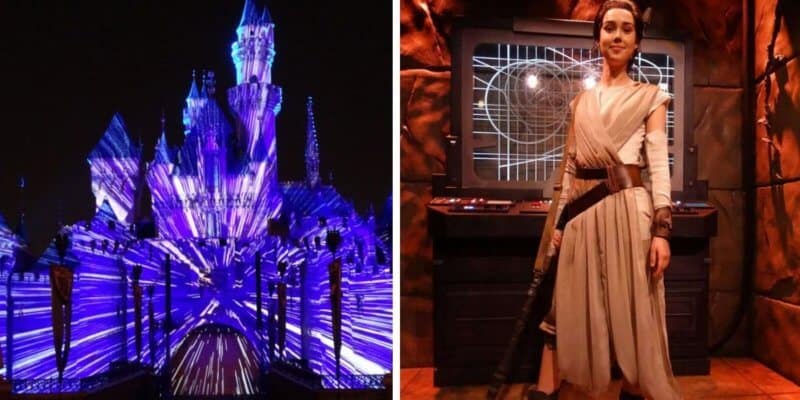 In a galaxy far, far away — Disney guests from all around the world gathered around for the ultimate Star Wars Celebration! This one-of-a-kind Star Wars After Dark Event is certainly out-of-this-world.

From special character meet and greets to unique out-of-this-world food, Disney’s Star Wars After Dark Event is a MUST for all of you Star Wars fans out there.

And better yet — Registration is now open exclusively for Disneyland Resort Annual Passholders for the highly anticipated, Disneyland After Dark: Star Wars Nite, which takes place on August 27, 2020 from 9:00 PM – 1:00 AM.

And if you aren’t a Disneyland Resort Annual Passholder, don’t fear because you will be able to grab your tickets tomorrow. Read on to find out more about this out-of-this-world Star Wars Nite event and on how to purchase tickets.

Disneyland After Dark: Star Wars Nite is a separate ticketed after-hours event, which will give Disney guests exclusive access to all of Disneyland Park!

Take a look at our video from last year’s Star Wars Nite event at Disneyland Resort of Sleeping Beauty Castle lighting up in hyperspace:

Disney guests were also in for a real treat during last year’s Star Wars event with special photo ops, character meet and greets, and more! Take a look at some of the highlights from last year’s event and what you can look forward to this year:

If you are an annual passholder, you can purchase your tickets now. And if you are looking for general admission, tickets will be on sale beginning tomorrow for $109 per person.

If you want to visit the ultimate Star Wars celebration at this dark event, but need help planning your next vacation, then don’t hesitate to reach out to our friends over at Academy Travel. Click here to get your free travel quote today, and to get started planning that next magical Disney vacation.

Do you want to attend the Disneyland After Dark: Star Wars Nite event? Let us know in the comments.