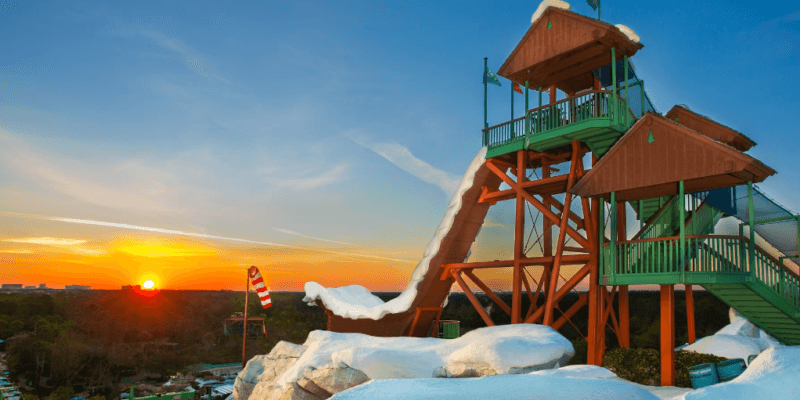 It may be Florida, but it is still February. And once again, cold fronts have invaded the Sunshine State causing two of Orlando’s most prominent water parks to close.

Universal Studios will also be closing their water park, Volcano Bay, on Friday, February 28, and reportedly Saturday, February 29. You can reach out to Volcano Bay directly for more information at 407-817-8317.

While these water parks are known to remain open in temperatures below 70 degrees Fahrenheit, temperatures dropped to the 30s and 40s Thursday night and meteorologists are predicting temperatures won’t break 70 again until Sunday at the earliest. The cold front is expected to burn itself out over the course of this weekend, and temperatures return to the 80s by Tuesday, March 3.

This isn’t the first time Disney has closed its water parks because of weather—this can happen from time to time when it’s considered too cold to play at the water parks. You can read our coverage of the January closure by clicking the link below.

Weather constantly changes, and Inside the Magic will continue to update its readers on this park closure story as it continues to develop.

It’s a tad ironic that Blizzard Beach would be closing because of the weather. The story goes that years ago, a freak snowstorm barrelled through central Florida, prompting Disney Imagineers to build Florida’s first ski resort. Sadly, the snow did not last long, and while the park’s creators lamented a failure, they saw an alligator having the time of his life sliding down a flume into a pool of water below. It was a “eureka!” moment for Imagineers and the ski-themed water park Disniacs know and love today was born on April 1, 1995.

Planning to hit the slopes of Blizzard Beach this year? Our friends at Academy Travel are here to help. Backed by years of experience, Academy’s agents know what it takes to work with you to create the best Disney World Vacation for your budget. Click here to learn more and receive your free, no-obligation quote today.