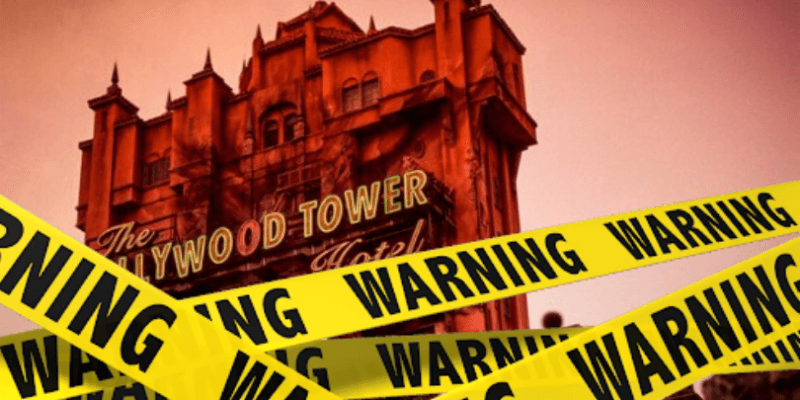 The plant in question, the Reedy Creek Energy Services Chiller Plant, is positioned just behind the “Sunset Boulevard” area of the park, closest to two classic Hollywood Studios attractions: The Twilight Zone Tower of Terror and Beauty and the Beast – Live on Stage.

The spill was first reported to the state government by Disney’s governing body for parks and hotels, the Reedy Creek Improvement District and was mentioned in a notice by the Florida Department of Environmental Protection. According to the National Institutes of Health, the spilled chemical, sodium hypochlorite, is most commonly used as a disinfectant or bleaching agent.

The Florida Department of Environmental Protection also noted that the chemical spill has been contained at the plant and the cleanup was underway. None of the nearby waterways were affected. Reedy Creek has yet to further comment on the matter at this time, according to the Orlando Sentinel.

This is not the first time Hazmat teams have been called onto Disney property. In November of last year, Hazmat, along with the Anaheim Fire Department, was called to the Disneyland Resort in California when Cast Members reported a strong chlorine-like smell in the early morning hours at the Rivers of America attraction. The smell was suspected to be caused by the water treatment however there was no chlorine or any other hazardous materials detected in the water or in the air. Unlike this most recent event in Orlando, the Disneyland incident began and ended before the official park opening, and no impact on guests’ experience that day. You can read more about that story by clicking the link below.

There is still no word about how the chemical spill at Walt Disney World is affecting guests’ experience at Disney’s Hollywood Studios or how they and Cast Members can get around the property. At this time no harm has come to guests.

This is a developing story and we at Inside the Magic will continue to update you as more details come to light.

We should also mention that this spill is an extremely rare occurrence and almost never happens thanks to the extremely high standards set at the Walt Disney World Resort.