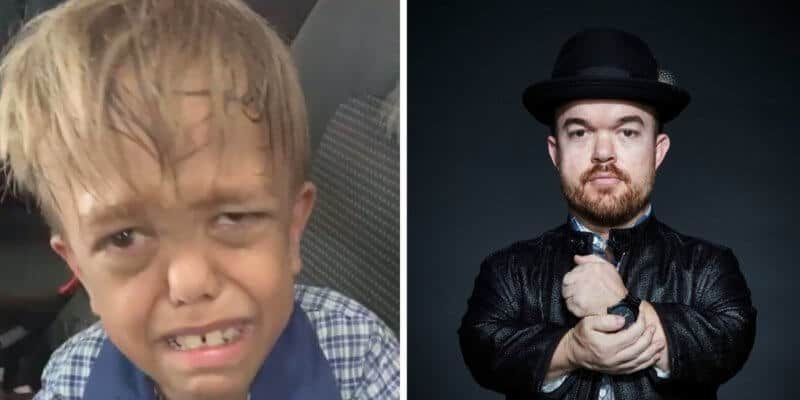 Quaden’s mother, Yarraka, is also speaking out saying “It’s every parent’s worst nightmare; losing their babies and that’s my reality every day.”

We are loving all of the positivity and support for this young boy. We wish him nothing but the best!

In recent news, an upsetting video went viral of a nine year old child crying and saying that he wants to die after being bullied.

Quaden was born with Achondroplasia, which is a form of Dwarfism, and his mother Yarraka Bayles, shared the heartbreaking video of her son online. Why? Well, she wanted the message to get out. She wanted to raise awareness of how much bullying can have an impact on someone.

This video currently has over 10 million views and it has not only received a ton of positive comments, but it has even touched several of people who have their own personal experience with being bullied. Some of which have even decided to do something for Quaden.

Brad Williams, a famous comedian, also has Achondroplasia. Williams saw this story and as you can imagine, it hit very close to home for him. So what did Williams do? Well, the comedian decided to put his foot down and do something about it. He set out to raise $10,000 in order to send both Quaden and his mother, who are from Australia, to Disneyland Resort in California.

“I’m setting up this GoFundMe to let Quaden know that bullying will not be tolerated and that he is a wonderful human being who deserves joy. I want to fly Quaden and his mother to America, get them a nice hotel and bring them to Disneyland,” Williams wrote in his GoFundMe campaign, which you can view here.

Aside from a few bullies who are bullying me for taking a stand against bullies, this fundraiser is unreal. So amazing to see all sorts of people come together. Quaden is going to have the time of his life! And it’s all thanks to you! https://t.co/vGLHQXzO0K

He continued, “This isn’t just for Quaden, this is for anyone who has been bullied in their lives and told they weren’t good enough. Let’s show Quaden and others, that there is good in the world and they are worthy of it.”

But what’s even better? The fact that Williams has agreed to, once the trip is paid for, donate any left over money from the campaign to anti-bullying charities.

“Aside from a few bullies who are bullying me for taking a stand against bullies, this fundraiser is unreal,” Williams tweeted out. “So amazing to see all sorts of people come together. Quaden is going to have the time of his life! And it’s all thanks to you!”

If God created one person to help this kid, it's certainly you Brad. You have a big heart and I am confident you can help raise this kids self esteem.

This story has even reached other celebrities like Hugh Jackman, who also took to social media, posting this heartfelt video message to Quaden.

Jeffrey Dean Morgan also took the time to post a heartfelt video to Twitter, reaching out to the young boy. “What I want you to know is that you have friends, me included. I am your buddy. You haven’t met me yet, but we’ll see if we can change that.”

Twitter users from all around the world have been touched by Quaden’s story and were completely blown away after realizing the success of the GoFundMe campaign. “If God created one person to help this kid, it’s certainly you Brad,” one Twitter user wrote. “You have a big heart and I am confident you can help raise this kids self esteem.”

Another Twitter user writes to Brad Williams, “You are amazing for doing this for him and others that are bullied. I hope things improve for him. There is far too much hate and ignorance in this world.”

You are amazing for doin this for him and others that are bullied. I hope things improve for him. There is far too much hate and ignorence in this world. #StopBullying #WordsHurt2 #BeTheChange

And another user writing “Thank you for the initiative. You’ve changed this kid’s life forever.”

Thank you for the initiative. You’ve changed this kid’s life forever

Because of the viral video, Quaden has received so much love and support and even had the opportunity to meet National Australian Rugby League All-Star, Latrell Mitchell.

The heartwarming moment was posted to Instagram by New Zealand-Samoan actress Teuila Blakelyshared, which you can view below.

Well done to the Indigenous NRL All Stars Team for standing up to bullying and giving such a special honour to a very special young Indigenous son Quaden Bayles – Y’all know how I feel about bullying of any kind, people big or small, who are unkind can straight get in the rubbish where they belong.. Life is for the loving ♥️

But one of the best moments — when the Indigenous All-Stars team posted this video to their Twitter page. “Hey Quaden, how you going cuz?” the video began.

The video continued a ton of support and positivity including them stating:

“Just want to wish you all the best brother. We know you’re going through a hard time right now but the boys are here, we’ve got your back.”

And then, the heartfelt video ended with the entire team giving nine-year-old Quaden a big round of applause.

You can watch the original video posted by Quaden’s mother below:

This is the impacts of bullying! I seriously don’t know what else to do! ?