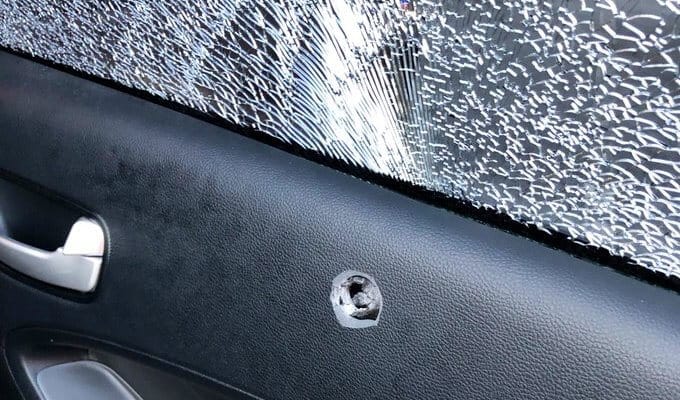 According to a Monday morning report by local central Florida news station WFTV, four vehicles traveling near Interstate 4 near the Orange County and Osceola County line were struck by gunfire at around 5 a.m. on January 6. Since the shooting occurred near the county line, two of the vehicles were shot in Orange County, and two were shot nearby in Osceola County, all traveling westbound near I-4 exit 68. Thankfully, deputies report that nobody was injured in the incidents.

Officials and local deputies who are investigating this case have not released any information about the possible suspect.

Walt Disney World Resort, located just outside of Orlando, is very close to this area, and many guests traveling by car take I-4 to Disney World.  The Magical Express — the bus transportation that brings guests from Orlando International Airport to their Disney Resort hotels — does not take I-4.

Four cars shot at this morning along I-4 near Orange, Osceola County line. No one was hurt. Bullets pierced through the cars around 5AM.

Deputies are still trying to find the shooter. pic.twitter.com/Zx6wCzMasy

This morning at around 5 a.m., deputies responded to the area of I-4 and the Osceola County line where four victims’ vehicles were struck by gunfire. No one was injured. If you were in the area and noticed anything suspicious, please contact law enforcement. pic.twitter.com/jKTg2Jv1s7

Walt Disney World Resort is the Most Magical Place on Earth, but it’s important to keep in mind that the resort — and the surrounding area — is not immune to real-world issues, problems, and incidents. While it’s easy to take a Disney vacation and stay in the “Disney Bubble” (basically to not leave Disney property from the moment you arrive at the resort), this isn’t the norm for everybody. So we advise everyone to remember that anything can happen while on vacation no matter where you travel, and we hope everyone stays safe and reports any issues that they see or experience to law enforcement.

This is a developing story. We will continue to update Inside the Magic as more information regarding this case becomes available.