ABC's "The Quest" Revived, Coming to Disney+ - Inside the Magic 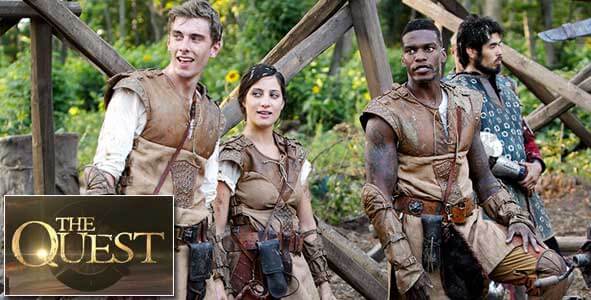 In the summer of 2014, ABC released a fantasy reality TV show called The Quest. The short-lives series was critically acclaimed and produced by Bertram van Munster and Elise Doganieri (The Amazing Race, The Maze). Now it is being revived on Disney+.

Here’s what we know so far:

Disney+ ordered The Quest revival as part of a new slate of “unscripted” shows. Other shows on that slate include:

There is also an untitled show said to be centered around Pixar’s Sparkshorts program.

“These projects take people on epic adventures, immerse them in fantastical worlds and shine a light on extraordinary people and creatures, which are all important benchmarks of our Disney Plus nonfiction content philosophy.”

The Quest will take place, once again, at a castle outside of Vienna, Austria. While it is generally unscripted, it will mix a scripted storyline as adult actors play various roles to create the fictitious world of “Everealm.” The actions and reactions of the contestants will remain unscripted.

Related: “Once Upon A Time” Trio Working on New Romantic Series, “Epic”

According to Variety, “The players will use their knowledge from fantasy books, games and movies to compete in a world created via a mix of computer-generated effects, creature design and practical effects.” But unlike the first run six years ago, the revival will feature teenage contestants — the reason being that the original show had a very large teenage audience.

Along with the same location and the same concept, the show will also boast the same producers. After Bertram van Munster and Elise Doganieri, the other returning producers include Mark Ordesky (“The Lord of the Rings”), and  David Collins, Michael Williams, Rob Eric (“Queer Eye”).

Are you a fan of the original The Quest? Are you excited for The Quest to return to Disney+? Let us know in the comments!

Comments Off on ABC’s “The Quest” Revived, Coming to Disney+