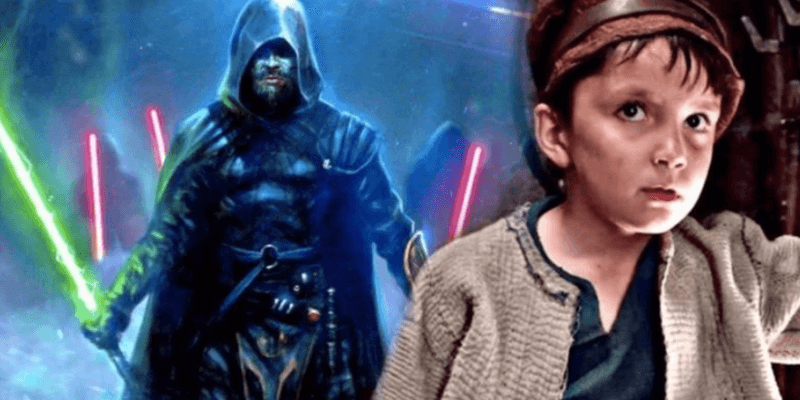 Spoiler Warning: This article touches on significant plot details, character development, and big reveals in  Star Wars: The Rise of Skywalker. If you haven’t yet seen the movie, read with caution.

Does anyone remember “Broom Boy” — the hopeful-looking kid with a broom at the end of  The Last Jedi? Us too. If you recall, the end of Episode VIII left viewers with a curious kid holding a broom, and many fans thought that the kid would somehow make it into future  Star Wars films, especially since he represented the fact that other Force-sensitive people exist in the galaxy.

Nope, that didn’t happen at all. We haven’t seen Broom Boy since. But he has sparked some questions within us when it comes to  Star Wars: The Rise of Skywalker, the ninth episode and final Skywalker Saga film.

Lucky for us, The Rise of Skywalker co-writer Chris Terrio has some answers. In a recent interview with The Hollywood Reporter, Terrio set the record straight on criticisms about Episode IX, specifically regarding who’s Force-sensitive and why that matters.

Below is an excerpt from that interview, including questions posed by THR:

Many fans, including myself, appreciated how The Last Jedi democratized the Force. While I understand the choice to connect Rey to a notable bloodline, does your film still recognize the existence of the galaxy’s broom boys and girls (i.e., Force users without famous ancestry)?

Of course. Hopefully, the film also suggests that Finn is discovering that he is a Force user and is Force strong. Finn feels the death of Rey, and in a crucial moment during the battle, Finn senses the command ship where the navigation signal was coming from. So, we wanted to begin to plant the idea that Finn is Force strong and that there are other people in the galaxy who are Force strong.

Yes, of course, the galaxy is full of Force users, and you don’t have to be a Skywalker or a Palpatine in order to be strong with the Force. But Luke does say very explicitly in Return of the Jedi, “The Force is strong in my family,” and we know that there is an inherited element to Force power. So, considering that this was a story of the Palpatines and Skywalkers, at least these nine movies, we decided to focus on the family part. Rey descending from a Palpatine doesn’t negate the idea that kids with brooms, Finn and any other number of people in the galaxy can be strong with the Force.

It just so happens that this young girl that we found in Episode VII — which really has the structure of a fairytale — is royalty of the Dark Side. What we discover in this movie, and hopefully in retrospect, is that she’s essentially a princess who’s being raised as an orphan. The idea that this royalty of the Dark Side would be found as a scavenger in the middle of nowhere, literally living off the ruins of the old war that was created by her ancestors, felt really strong to us.

We couldn’t agree more with the debate about the democratization of the Force, but for purposes of this story, we thought that it was a more interesting and mythic answer if it turned out that Rey descended from one of the families that has been at the center of this whole saga the entire time. In the end, the film asserts that there are things stronger than blood because she chooses a different family for herself.

So yes —  The Rise of Skywalker suggests that Finn is Force-strong, or at least Force-sensitive. And in a way — given the focus on Broom Boy — it suggests that anyone can be. While many were confused by the very existence or inclusion of Broom Boy in  The Last Jedi, Finn possibly being Force-sensitive makes sense of it all. Or at least, it tries to.

What do you think of Chris Terrio’s answer regarding Force-sensitivity in  The Rise of Skywalker and the Skywalker Saga? Let us know in the comments!