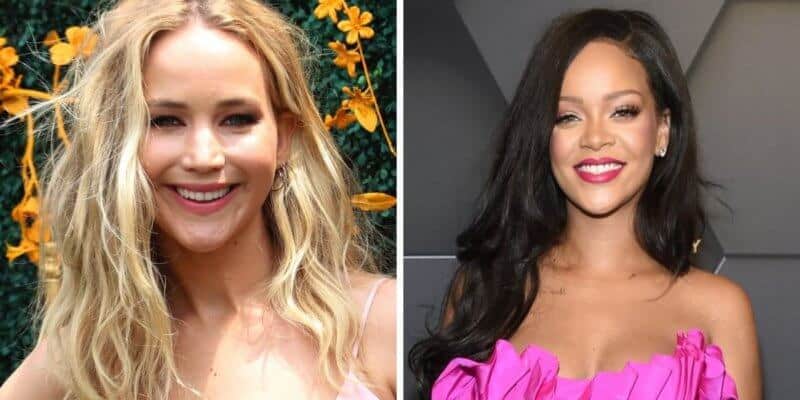 Recently on Twitter, Entertainment Insider, Henre Kaya, posted three photos that left everyone curious and wondering “what do this mean?”

In the first photo that Henre Kaya posted, users saw Jennifer Lawrence. The second image was a photo of the fan-favorite Marvel villain, Loki, and in the third, Rihanna.

This is such a random group of people to be Tweeting out at the same time.. Or is it?

By seeing this Tweet, it was enough for everyone to begin speculating that both Rihanna and Jennifer Lawrence are involved in the upcoming Loki series on Disney +, or possibly in a different Marvel project.

The new Disney+ series, Loki, will star Tom Hiddleston as he reprises his role of the Asgardian trickster god, Loki. The limited series will follow Loki as his version from the record-breaking 2019 film, Avengers: Endgame, who used the Space Stone to escape his capture by the Avengers.

You can check out the sequence of tweets below:

Related: Filming for Disney+ “Loki” series to begin in less than a week

Henre Kaya says herself this is certainly just a rumor at this point, responding to one user saying, ”

Definitely just a rumor. Normally when I post very vague tweets, they’re either about stuff I’m not sure about but think you guys might like, or stuff that I’m about to drop very very soon.”

Definitely just a rumor. Normally when I post very vague tweets, they're either about stuff I'm not sure about but think you guys might like, or stuff that I'm about to drop very very soon. https://t.co/rW4Jd35KdY

This wouldn’t be the first time that Jennifer Lawrence was present in a superhero film as she is known for playing Mystique in the X-Men film series.

What do you think this Tweet series meant? Will we see Lawrence and Rihanna show up in the upcoming Disney+ Original, Loki, or will they be involved in a different Marvel project? Let us know your thoughts in the comments.