Rick and Morty confirmed to exist within the Marvel Universe! - Inside the Magic 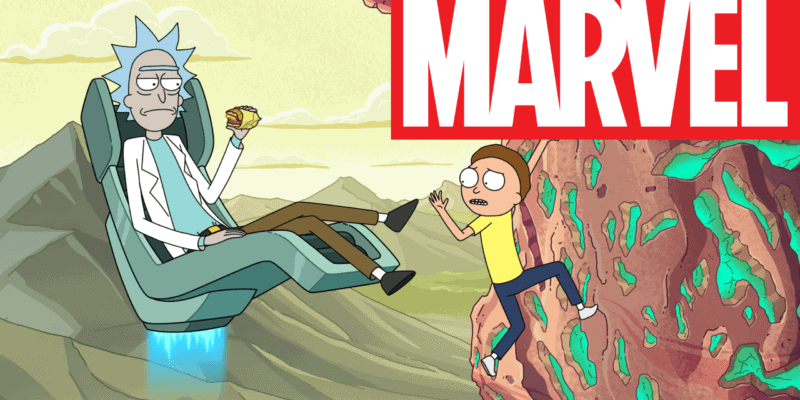 It seems that Marvel has just confirmed that popular show Rick and Morty exists in the Marvel Universe… seriously.

In a recent X-Men chapter in the comic book series Dawn of X (Marauders #6 to be precise) the show is very clearly referenced as a TV program that exists in the Marvel Universe. While it isn’t the first time that Marvel has done this in the comics, it’s nice to see them repaying tribute to Rick and Morty after they ripped on the entire Marvel Cinematic Universe back in series 3 of the show.

Here’s the exact moment the show is referenced in the comic:

What the hell kind of warship is this? Well, Pyro made himself a couple of Long Island iced teas and now he’s in the yacht’s movie theater watching Rick and Morty.

Rick and Morty is currently on a season 4 mid-season break but it’s a show that is constantly full of pop culture references. It does lean a bit on the crude side so if you’re easily put off by bad language or odd situations, steer clear. For me personally, it’s up there as one of the best-animated shows ever created, on par with the likes of The Simpsons and The Clone Wars.

While it’s unlikely we’re going to see a formal partnership between Marvel and Rick and Morty happen any time soon (wouldn’t that be something though), the audience crossover between this particular comic and the show is likely to be pretty large. Of course, knowing the minds of series creators Justin Roiland and Dan Harmon, they could simply rip on Marvel, even more, when they get wind of this in the next season.

Are you a fan of Rick and Morty and did you appreciate the reference in the most recent Marauders? Let us know in the comments below!