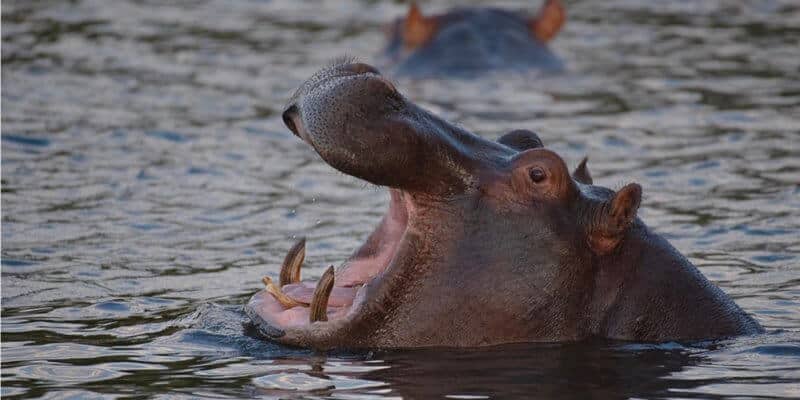 Chances are if you read a bizarre headline these days it begins with “Florida woman or Florida man.” That is certainly the case with a recent headline out of Tampa, Florida: “Florida woman who survived hippo attack trains for Run Disney.” How can you not read that?

Prior to being attacked by a hippopotamus a year ago, Kristen Yaldor was an avid runner and racer, . Following this freak accident in Africa, she set her sites on overcoming her extensive leg injuries by training for the upcoming Walt Disney World 5K. The 3.1 mile runDisney race this Thursday will be her first since the incident that impacted her mobility.

According to WFTS, on Dec. 1, 2018, Kristen and her husband, Ryan were canoeing on the Zambezi River in Zimbabwe when the guides spotted hippos to the right of their canoe. While following instructions to paddle away from the wild animals, to the other side of the river, a hippo knocked over their canoe.

“It came underneath the canoe,” said Kristen. “It gave a big thud. Ryan and I got launched into the air. I fell towards the deep side and he fell backwards towards the shallow side.”

Kristen went on to say that she remained calm and held her breath. She noted that she grabbed for the animal’s mouth to pry it open or at least provoke it to let her go and it did. The result of the encounter was a broken femur and a necessary skin graph. Spending weeks in the hospital following the attack, Kristen had another surgery last month and anticipates at least 10 more surgeries to come.

Kristen spoke of going to physical therapy and how having this goal, the runDisney 5K, has helped her to fight for progress and to achieve her goals for healing during this time.

Sporting her new shirt that boasts her survivor-ship, Kristen will run alongside her husband, Ryan, who will be wearing a hippo costume. Kristen spoke of the need to bring “some fun and as much humor as we can to look past it.”

“I told him if I am able to achieve the goal and reach the commitment and time requirement to do the Run Disney, I would want him to wear a hippo costume.”

Kristen went on to say how she believes in living life to the fullest.

Kristen’s story joins so many who have overcome health and life setbacks to celebrate their achievements by crossing the runDisney finish line. If you see Kristen and Ryan on the course or at the finish line, cheer a little louder and let’s celebrate together the hours and dedication she’s put forth to conquer this mobility milestone.

What motivates you to runDisney? If you haven’t yet, take those New Year’s resolutions for a spin and set your calendar for the next race sign up!