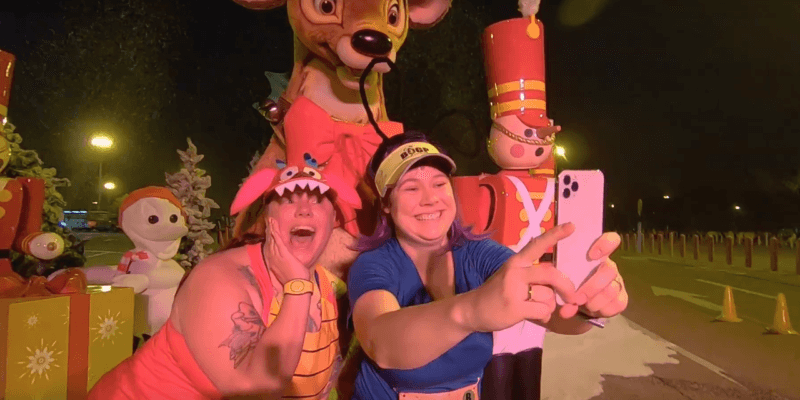 Back in 2018, Heather Yang started training to run her first half marathon, but unexpectedly hit a roadblock. Yang was diagnosed with stage 3 colon cancer.

With the diagnosis came five months of chemotherapy, halting her marathon training.

This isn’t all Yang has been through though. She is a United States Army Veteran as well as a first responder during the September 11 World Trade Center attack.

With everything that came her way, Yang knew she had the strength, courage, and determination to fight for her life.

But none of this stopped Yang. She still overcame the obstacles, chased her dreams, and ran the Walt Disney World Half Marathon last Saturday.

In March 2019, Yang completed chemotherapy and began on her new journey as a cancer survivor and decided to get back to one of her passions, running.

Her training began eight months ago in her hometown, Chicago, where she pushed herself to be ready for the Walt Disney World Half Marathon. Last weekend, Yang completed the 13.1-mile race, fulfilling a dream of a lifetime. A dream that didn’t even appear to be a possibility a year ago.

You can watch the video from Disney Parks Blog below.

Have you ever ran a Disney World marathon? Let us know what your experience was like in the comments below.