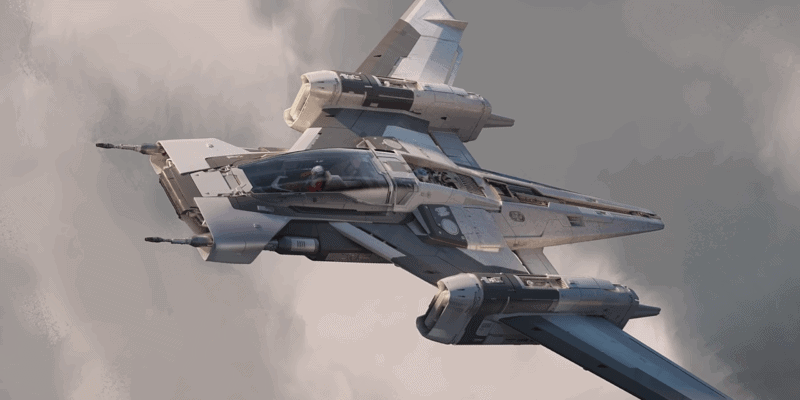 In just six weeks, a joint design team from Lucasfilm and Porsche came together to create a brand new spacecraft for the Star Wars Universe. This was a special undertaking to celebrate the release of Star Wars: The Rise of Skywalker and the conclusion of the Skywalker Saga. The project was led by VP Executive Creative Director, Lucasfilm, Doug Chiang; and VP Style, Porsche, Michael Mauer.

The Pegasus-class tri-wing combines the elements of the X-Wing, Y-Wing, and U-Wing fighters as well as the Porsche 911 and the all-new Porsche Taycane.

You can watch the full story here:

The goal of this project was always to create a new class of ship. Here are the original specs:

It was supposed to be a “good guy” ship so certain design tropes had to be left out. For example, the ship couldn’t be all black or have a cold, sharp, menacing appeal.

Porsche and Star Wars were a Natural Match

When the teams for Lucasfilm and Porsche came together, they realized that both brands have had an influence on designers from each team. Many of the Porsche designers grew up Star Wars fans, and Porsche design has been used as inspiration for previous Star Wars ships. The most prominent example is a ship in the series Star Wars Resistance that was modeled after a famous Porsche race car.

The Plans Come Together

As the weeks went by design after design is submitted from both teams, Porsche’s preference for compact, streamline traits continued to win out. The pilot now took a center position with two crew positions angled behind him, allowing a more compact cockpit and more sleek lines. It featured swept-back wings with massive, powerful engines positioned behind.

One of the biggest points of focus for Porsche was not just the level of sport, but also the proportions. Many of the design points from Mauer and the Porsche team dealt with finding the perfect heigh-length-weight ratio as well as ensuring this ship would be the fastest in the galaxy.

After 6 weeks, the final result was complete. With just one look, Star Wars fans will know that this is a “good guy” ship. We can also see our favorite astro-mec, R2-D2 in position, and through the Y-Win-styled glass hatch, we see our resistance fighter dressed in the orange flight suit.

There are also several Porsche elements at work in this design. The cockpit blends the Y-Wing Canopy with the Porsche Taycan’s greenhouse. The ship’s profile displays a sports-car-style sloping roofline over the center fuselage. And the bow of the ship is taken directly from the Porsche Taycan with its low intake scoops and eight headlamps.

But the most exciting part? The video ends saying that the Tri-Wing is “a ship that will live on forever in a future Star Wars universe.” Does that mean we will get to see this baby in action? This writer sure hopes so!

What do you think of this new design? Do you think it could fit into the Star Wars Universe Let us know in the comments!

Comments Off on VIDEO: Lucasfilm and Porsche Design a New “Star Wars” Starfighter