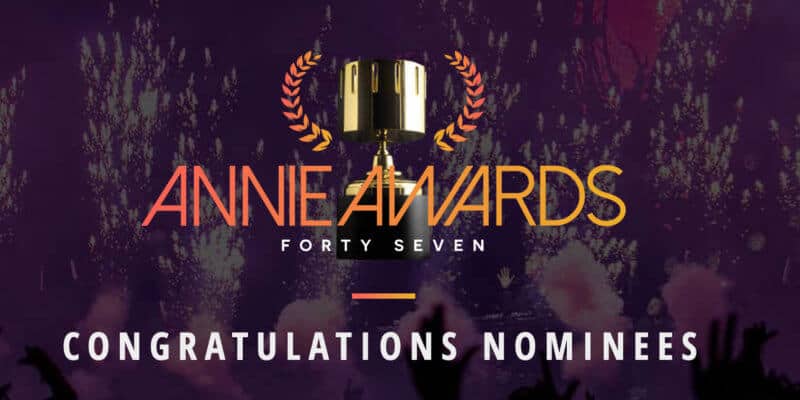 The nominations for the 47th annual ASIFA-Hollywood Annie Awards were announced today. Surprisingly, Disney is not the lead in the number of nominations this year!

The Annie Awards are accolades presented annually by the Los Angeles branch of the International Animated Film Association. The ASIFA-Hollywood has been around since 1972. They exist to recognize excellence in animation in film and television.

In 2018, Disney scored 42-Annie Award nominations. This year, Disney is coming in at a humble 16-nominations. Just a little over Disney’s 16-nods is DreamWorks Animation Studios with 18-nominations overall. Netflix, on the other hand, is killing the game with a total of 39 overall nominations!

Disney has been the frontrunner for Annie Award nominations and awards for years. But it seems other companies like Netflix have been inching up to the animation giant with great-quality content. And it’s officially paying off for them!

Netflix has been investing no small amount into new series and feature productions at numerous studios around the world.

Netflix originals like “Klaus,” picked up seven nominations. Other Netflix nominations include projects like “I Lost My Body,” which is up for six awards, including best indie feature, “Love, Death & Robots” with 5-nominations; “Carmen Sandiego” with four; “Ask the Storybots” with three, “Tuca & Bertie” also garnered three nods, Guillermo del Toro’s “Tales of Arcadia: 3-Below” received 2-nods, “Bojack Horseman” also received 2; and with one nomination each: “Rilakkuma & Kaoru”, “Ultraman”, “She-Ra and the Princesses of Power”, “Seis Manos”, “Carole & Tuesday”, “Green Eggs and Ham”, and “Big Mouth”. That is nothing to sneeze at, folks!

Related: Netflix continues to fight the streaming wars by bringing back hand-drawn animation.

However, for the top category of Best Feature, it’s no surprise to see Disney’s Frozen 2 leading the charge. The other frontrunner to watch is Laika’s “Missing Link.”

Also in this category, fan-favorites like How to Train Your Dragon: The Hidden World from DreamWorks Animation, Klaus from Netflix, and Pixar Studio’s Toy Story 4.

We’re glad to see Frozen recognized in this year’s Annie Awards! Best of luck to all the nominees and may the best-animated film win!

Do you agree that Netflix is putting out award-winning quality content? What are your thoughts on these nominations? Do you feel Disney is taking a back seat for what they were once best known for? Let us know in the comments!