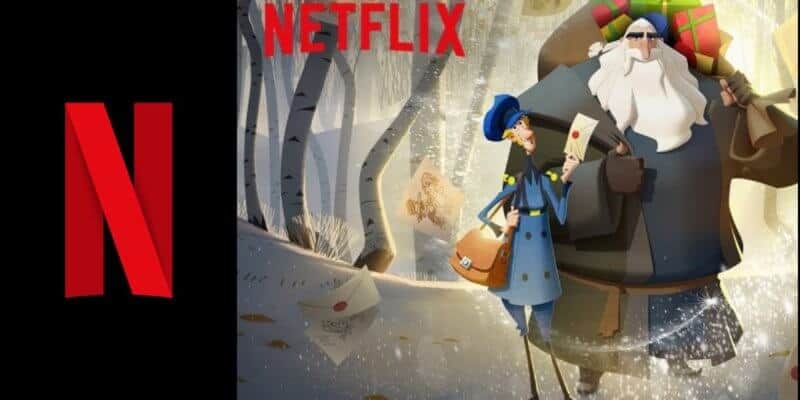 Yesterday, we shared all about the deal Netflix recently signed with Nickelodeon. This deal comes as no surprise as Disney+ has taken the streaming platforms by storm with the release of the highly anticipated Disney+ streaming platform.

Disney+ has set itself at the top of this market. In addition to the massive Disney content library, Disney acquired Fox to add to the already extensive title list. It’s no surprise competitors like Netflix are feeling the pressure to add more content so they can compete with the giant.

Disney fans have always enjoyed the nostalgic, hand-drawn animations of years past. Recently, however, digital productions from studios like Pixar have inundated the market with computer-animated films and shows.

So, what is a competitor like Netflix to do to stay relevant? Why not tap into the hearts of those nostalgic Disney fans with some classic hand-drawn animation!

Netflix, as an answer to Disney’s popularity in animation, is releasing an original, Christmas-themed animated film called “Klaus.”

Director Sergio Pablos said that the film is targeted toward families and aims to please as many people possible.

Pablos is no stranger to Disney content himself. He was one of the animators is Disney’s Tarzan.

“We did it hand-drawn… because that’s who we are,” Pablos said. “We love to draw. We drew digitally on tablets but we still drew and we painted.”

Pablos says the pitching process for his film was “grueling” but that they found in Netflix the perfect platform.

“We actually were turned down quite a lot by studios who did not want to compete in the [Christmas] marketplace,” he said. “But to our surprise, Netflix actually was looking for Christmas content.”

Netflix has had some legitimate success with Christmas content recently. Last year, they released Netflix’s original, The Christmas Chronicles, which became a runaway hit with fans. However, only time will tell if Klaus, with it’s nostalgic-hand-drawn feel, will have similar success.

Do you think content like “Klaus” will be the solution Netflix needs to keep Disney fans from leaving the platform? Let us know your thoughts in the comments.